The Superman book which has been titled “The complete story of the daring exploits of the one and only SUPERMAN", shows Superman jumping over buildings 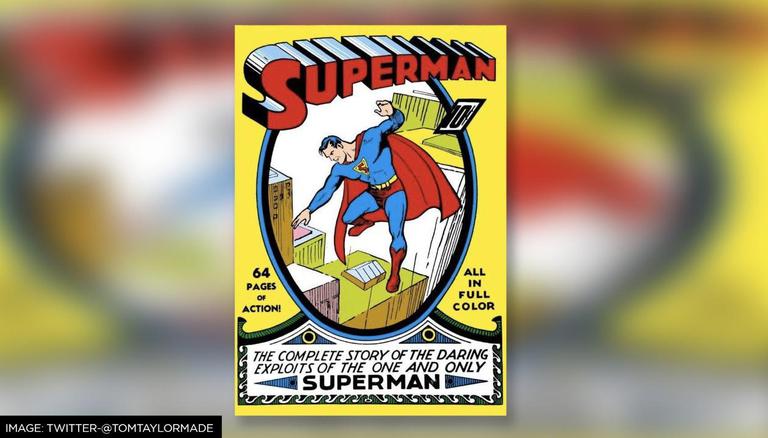 
During an auction, a rare edition of Superman #1 comic book has been bought for $2.6 million, which were sold for one dime on newsstands in the year 1939. The comic book which has been titled “The complete story of the daring exploits of the one and only SUPERMAN", featuring an illustration of Superman jumping over huge buildings on the cover, as per the Business Insider. On Thursday night, the comic was sold to an anonymous bidder on ComicConnect.com, an online auction and comic marketplace.

Mark Michaelson, the seller of the Superman comic, had purchased it from its original purchaser in 1979 and stored it in a temperature-controlled safe. Michaelson, who is currently semi-retired and lives in Houston, US, made his money by purchasing and selling comic books during his college years, according to the Associated Press. Further, the Superman comic has only changed ownership twice, first in 1939, when it was initially purchased, and again in 1979, when it was purchased by Michaelson. According to MarketWatch, Michaelson spent between $1,000 and $2,000 for it, Business Insider reported.

'The nicest copy of Superman #1 I've ever brought to market'

"This is by far the nicest copy of Superman #1 I've ever brought to market and is the second highest-graded copy on the census. The cover inks are rich and the interior pages supple," quoting Vincent Zurzolo, ComicConnect founder, Business Insider reported. Furthermore, ComicConnect CEO Stephen Fishler explained “Now you look at the comic books and you go ‘superheroes everywhere.’ You look back in the ’30s, there was no such thing. So, this was literally the first superhero,” Associated Press reported. What makes the edition sold this week to be significant, according to Fishler, is how rare it is to locate high-quality copies of Superman #1.

In addition to this, the comics depicting ‘Man of Steel’ have lately fetched high sums which have been created by writer Jerry Siegel and cartoonist Joe Shuster. In April, ComicConnect reported that a copy of Action Comics #1, the 1938 issue that first debuted Superman, was sold for $3.25 million. ComicConnect said that it has broken the global record for the most expensive comic ever sold, as per the Business Insider.

WE RECOMMEND
Away we go: Delta to charter U.S. Olympians to Beijing
Morris set to make US return Saturday in friendly vs Bosnia
US President Joe Biden mocked for Jonas Brothers TikTok in viral spinoff; WATCH
Cole Bassett's late goal in debut sends US past Bosnia 1-0
US: Boss forces Amazon delivery driver to work through devastating tornado: Report
Listen to the latest songs, only on JioSaavn.com