A video of a few teenagers from Nellore recreating scenes from the Telugu movie Vakeel Saab starring Pawan Kalyan has gone viral on social media. 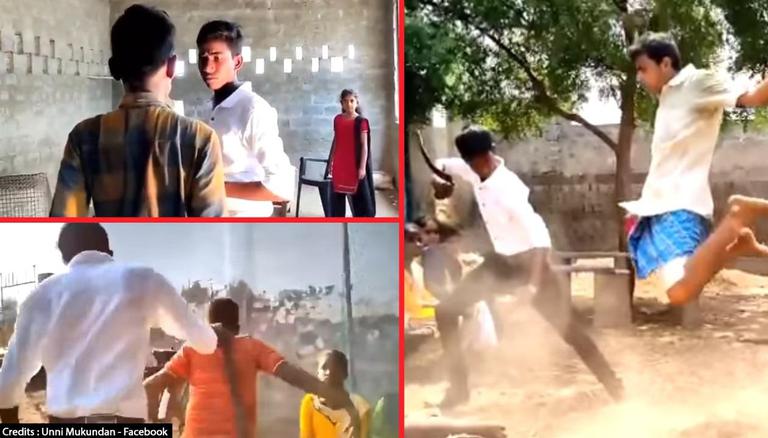 
A video of a few teenagers recreating scenes from the Telugu movie 'Vakeel Saab' starring Pawan Kalyan has gone viral on social media. The video was originally shared on the YouTube channel 'Nellore Kurrallu Entertainment' on May 23. A portion of the video has now been shared by Malayalam actor Unni Mukundan on his official Facebook page. Mukundan impressed by their amazing skills praised them in the post. Netizens were also amazed by their performance and they appreciated the young artists in the comments section.

The video shows fight, choreography, fast and slow-motion cuts and amazing acting of youngsters. The clip has a rural backdrop and has perfect camera angles and editing technique. While sharing the video, Malayalam actor Unni Mukundan praised the youngsters for their performance. "This is pure talent! Loved every bit of this. Can imagine the amount of hard work these boys and girls would have taken. Fan moment! *whistle*,"  he wrote in the caption. Watch the video here:

Since being shared on Facebook, the post has garnered over 8.6 lakh views and scores of reactions. People on social media took to the comments section to laud the creativity of the young boys and girls. One user commented, "Cinematography this proves, to show talent you don’t need fancy rigs or equipments. Just the passion is enough." Another user commented, "Real Awesome & Real hard work best wishes for all the boys & girls in this video." Another individual wrote, "Wow perfect timing with super action. All the stunt characters they did very well." Check out some user reactions. 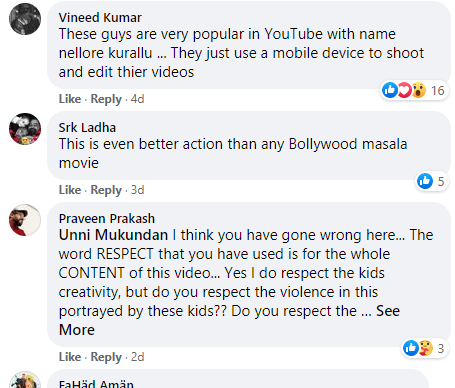 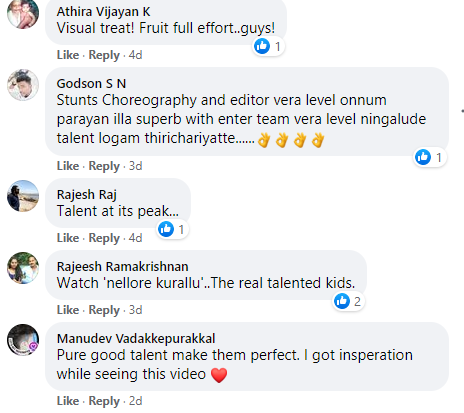 Meanwhile, a video has surfaced on social media where a talented kid can be seen batting flawlessly. The clip that has gone viral on the internet shows the girl batting with stumps and hitting shots to perfection. The video features a girl named Mehak who is doing her batting practice all decked up with the protective gears. The incredible cricketing shots of Mehak has amazed the netizens who could not stop themselves from gushing over her batting skills.