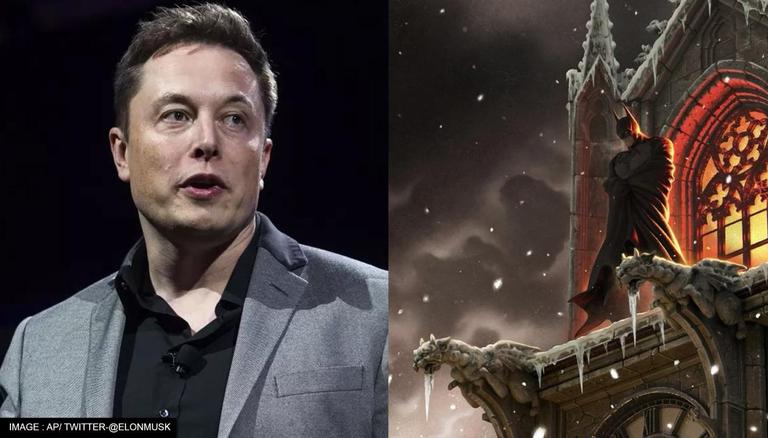 
Twitter CEO Elon Musk became the social media platform’s latest laughingstock on Tuesday after he shared an animated image of fictional superhero Batman along with a cryptic caption. The image, which features the caped character standing on the edge of a building and looking down at the snow-clad city of Gotham, was captioned “Some nights …” by Musk.

As soon as the billionaire posted on social media, a flood of ridicule ensued, with Twitter users mocking Musk for comparing himself to the adored superhero. Among the critics was Mattson Tomlin, the co-writer of The Batman, who commented “Nope,” along with a laughing emoji.

Musk’s post has amassed more than 7,31,000 likes and over 10,000 comments. Reacting to it, one user wrote, “He thinks he's him lmao... clown.” “Pretty sure Batman would tell you to stop wearing hockey pads and let Lucius Fox run your companies by now,” another user added. A third user wrote, “He [Musk] reminds me of me at 16 but more self centered and grandiose.”

Other users made their own memes out of the post, with some labeling Musk as an overweight version of the character, to others claiming that the character of a clown does him more justice. However, Musk has paid no heed to the mockery, and has continued sharing memes and short tweets like his usual self.

“Don’t be the clown on the clown car!” Too late haha,” he said in a tweet on Tuesday, before sharing an image of a cheerleader representing Twitter files and dancing in front of comedian Jimmy Fallon, who Musk represented as major news outlets. The meme appears to be a dig at big news platforms for not reporting widely on the explosive internal Twitter documents.