'This Is Not A Joke': Thai Man Takes Injured Cockroach To Veterinarian For Treatment

A picture has surfaced on social media that shows a man taking an injured cockroach to a veterinarian for treatment. The incident has been shared on Facebook. 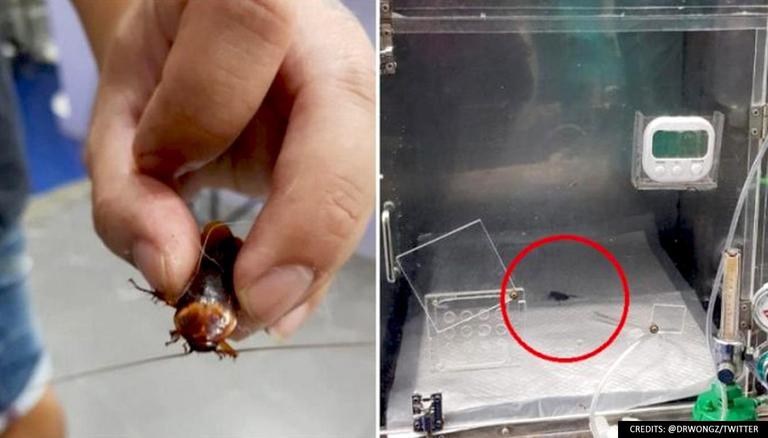 
A picture has surfaced on social media that shows a man taking an "injured cockroach" to a veterinary doctor for treatment. The man had witnessed someone stepping on the cockroach on the road and decided to take the cockroach to a veterinarian. The incident has been shared by a Thai doctor Thanu Limpapattanawanich on Facebook.

Thanu Limpapattanawanich shared pictures of the man with the cockroach and appreciated the man for his kind gesture. The caption on his post was in Thai, which translates almost like, "Emergency case last night Someone stepped on a cockroach lying on the side of the road Just then, a philanthropist walked past and saw it. So he rushed to take him to the animal hospital urgently. Symptoms are now 50/50." In his post, the doctor expressed that this is not a matter of laughter but appreciation as the man has shown compassion for a cockroach. He wished that there were more people like the kind-hearted person in this world. He added, "This is not a joke. This indicates compassion and pity towards every creature Everyone's life is loved...I wish there were more people like this in the world...Mercy supports the world." Since being shared on Facebook, the post has gathered 1500 likes and more than 700 comments.

Meanwhile, a girl has made the birthday of her lonely neighbour special. On her neighbour's special day, Danya baked the cake and took it over to him. The incident was shared by a Chicago based food blogger Genie on her Instagram account along with the picture of Danya and the cake baked by her. In the caption, Genie narrated the story of how her daughter came up with the idea of surprising their neighbour who lived alone. The thoughtful gesture of the girl has won the hearts of netizens who appreciated her for the kind act in the comments section.