A strange-looking man in a black-and-white photograph from the 1940s in Reykjavík, Iceland, appears to be using a device which looks like a mobile phone. 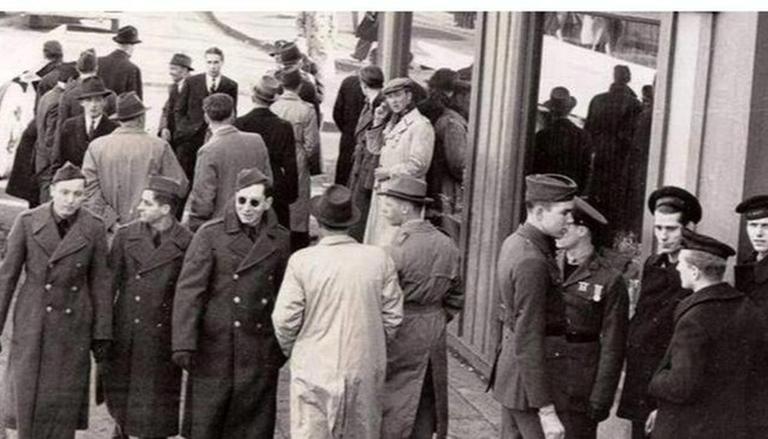 
Whether time travel was or will ever be possible has always been a subject of debate. Still, an old intriguing image has now surfaced on social media, where netizens have spotted a strange-looking man in a black-and-white photograph from the 1940s, where he appears to be using a device which looks like a mobile phone.

As per reports, the photograph was clicked in 1943 in Reykjavík, Iceland, where the mysterious man is seen around deployed United States soldiers during World War II. He was seen wearing a light-coloured coat while holding his hand close to his ear as a current-day mobile phone user would.

In a 2016 post on Facebook, a person named Kristjan Hoffmann captioned, “One thing that draws attention to this beautiful picture is that above the window, in the corner in the middle of the picture, a man is leaning and is on a cellphone. I don’t know what to say, I don’t think he’s just talking on the phone. He’s in a stupor, standing alone and wearing a different headdress than the others and a scarf and acting like we would do today."

However, in a counter-argument, a lot of social media users also suggested that maybe the man was just scratching his ears, or touching his hair.