Museum called the Nation History Museum took to its official Instagram handle and shared an image of a pair of oak capricorn beetles.

UK's Nation History Museum took to its official Instagram handle and shared an image of a pair of oak capricorn beetles that are even older than the roman empire, creating a stir on the internet. According to the caption, the beetles were donated to the museum in the year 1970. Also, when they were brought to the museum, the pair created a mysterious situation as people thought that beetles do not exist in the UK.

“These oak capricorn beetles are older than the Tudors, older than the Roman occupation of Britain, even older than the Roman Empire”, read the caption of the image. To determine the age, tiny samples of wood and both the beetles were sent to radiocarbon dating. It was then concluded that the two are 3,785 years old. As per the caption, the beetles might have been an endemic in the British Isles but have since been extinct for thousands of years. Both the beetles have different colours. While one is brown, a little dusky, the other one is pure black. However, the structure more or less appears to be the same. Let’s have a look.

Fascinated by the image, netizens took over the comment section. One Instagram user wrote, "That is amazing! I can barely wrap my head around this!". Praising the effort by the museum, another person wrote, "Amazing program, loved by me and my son 14 years old. We need more episodes!". The image has managed to gather over 4K likes. Netizens can be seen tagging their friends in the caption. 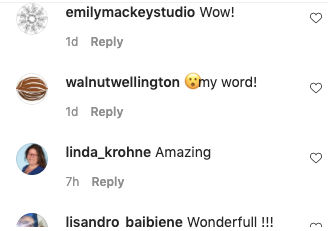