US: Prototype Of First Dollar Coin Goes Under The Hammer, Expected To Fetch Up To $500,000

A piece of copper that was struck in the US mint in 1794 and was a prototype for fledging nation’s money will go up for auction on April 23 (Local time).


A piece of copper that was struck in the US mint in 1794 and was a prototype for fledging nation’s money will go up for auction on April 23 (Local time). The metal object is currently owned by Entrepreneur and Texas Rangers owner Bob R. Simpson. The coin dubbed as ‘No Stars Flowing Hair Dollar’ has been put under the hammer by Dallas-based Heritage Auctions and is expected to fetch the price of $350,000 and $500,000.

“While subsequent dollar coins struck featuring stars were added to the front of the coin, starless coins are considered by collectors and institutions as one-of-a-kind prototypes for the silver examples that would follow,” said Jacob Lipson of Heritage Auctions.

The coin is part of the rare starless edition of coins that were minted in America just before the country created the first silver dollars. Known as a pattern, the front features the flowing hair portrait of Liberty and the date 1794, while the reverse side shows a small eagle on a rock within a wreath. Similar starless examples are part of the Smithsonian Institution’s National Numismatic Collection. 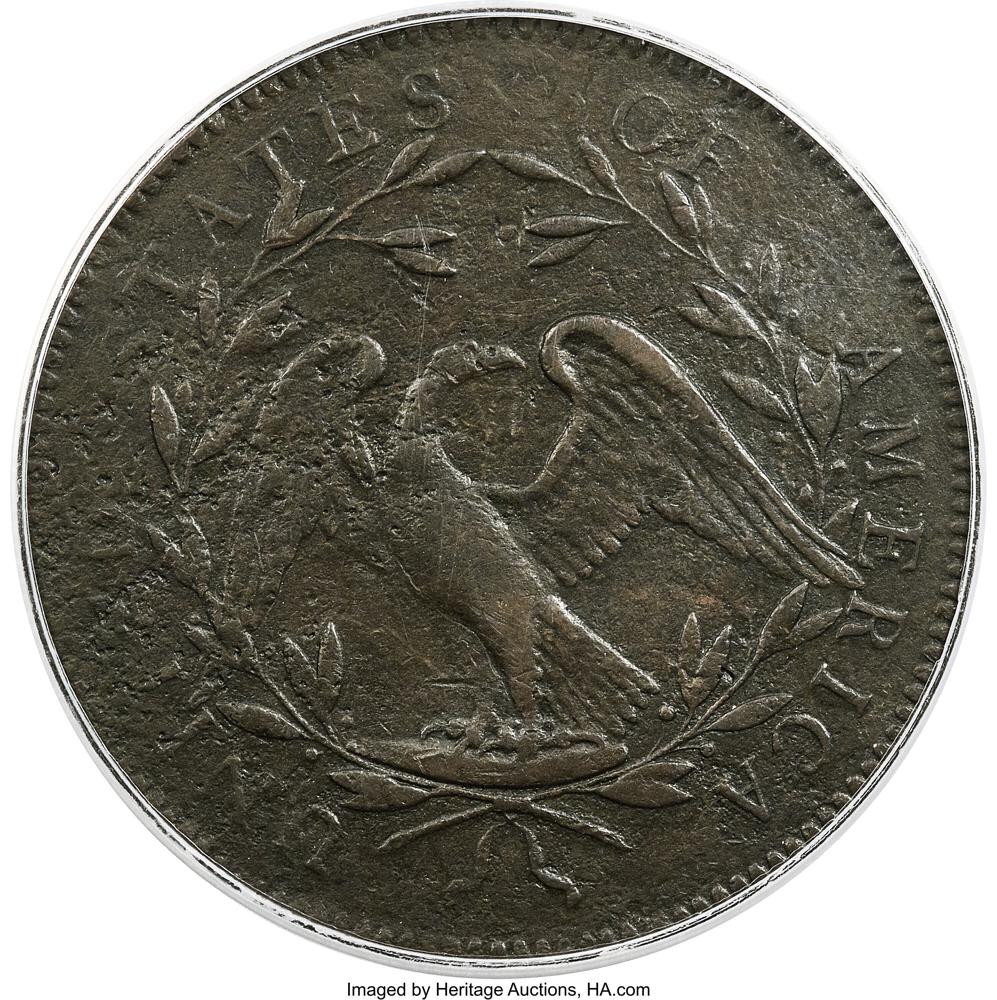 'Not in perfect condition'

The Auction House revealed that the coin had traded hands eight times before. Elaborating on the artifact, California-based numismatist David McCarthy said that it gave everyone a glance into what was going on in the mint during the late eighteenth century. Adding further, Jacob Lipson from Heritage Auctions said that The pattern is corroded and not in a perfect condition likely because “it was buried at the site of original mint.” Additionally, the copper item also has some scratches and other marks.

Earlier this year, a rare gold coin belonging to the fifth son of Mughal emperor Aurangazeb has sold for a whopping 56 lakh, a leading coin auction center Marudhar Arts informed in a release, as cited by PTI. Once owned by Kam Bakhsh, the 10.9-gram gold coin with a gold 'Mohur' of Bijapur Dar-uz-Zafar mint was expected to fetch an amount between 45 to 50 lakh. However, according to the CEO of Marudhar Arts, Rajendra Maru, an identified buyer purchased the coin after it went under the hammer for an exorbitant price.

READ | INS Viraat is private property, SC tells firm that wants to turn it into a museum