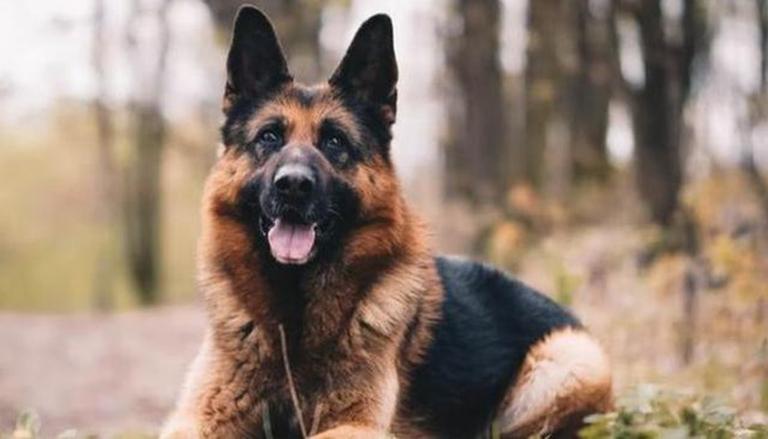 
A Dog is the most loyal animal and they have a very strong sense of smell. Dogs are always known to be very useful when it comes to sniffing out a criminal. This is the reason why they are trained to further enhance their sense of smell. A video of a police dog retiring after eight years of service has grabbed massive attention on the internet.

The video was shared on Instagram by Georgia Police K9 Foundation. It shows a police officer making an announcement about Rio, a retired dog, and the officer also thanked the dog for assuring its handler's safety in every task. The officer then added that the dog "can now take a well-deserved rest." "Rios last sign off for retirement! He enjoyed a pup cup after his last day and has many more treats happening in his future," read the caption of the video post.

With their actions, dogs can impress to no end and there's so much to learn from these creatures. Certain dogs are specifically bred to perform the complicated tasks that police dogs are required to accomplish. Generally speaking, this isn’t something all dogs are able to do, and that’s why we usually see just a few specific breeds being trained as police dogs. It is to note that K9 squad dogs are trained to identify illicit narcotics or chemical weapons. Dogs who retire from these central forces, are usually handed over to animal non-profit groups or are kept at a retirement home within the organisation for post-retirement care.

The video has garnered around 833K views since it was shared, and has amassed several likes and comments. This has prompted many views from users, "Cute dog, but still a snitch," a user wrote. A second user expressed, "Rio’s like 'ummm where’s the suspect'??". A third one mentioned, "His little shaved arm. He must have had a recent vet visit that put him into retirement. Then again, 8 years of service is a long time. Sweet boy, I hope he finds a nice family with some little kiddos to sneak him table scraps and hug him everyday!" Furthermore, another user went on to write ''Rio doesn’t look ready to retire.'' Many other users also had mixed feelings. ''I'll adopt him so fast'', Thank you for your service K9 Rio you have done your department proud and your Alpha proud enjoy your retirement lots of loves, treats, And comfy beds!!!!!,'' they wrote.

READ | Virat Kohli goes off on a rant after another cheap dismissal as reaction goes viral; Watch

WE RECOMMEND
US Air Force successfully tests hypersonic weapon off Southern California coast
US places export restrictions on products including radioactive materials from Russia
US warns against hiring of North Korean IT workers flushing money out for Kim's regime
US, EU agree on enhancing information sharing on exports of critical technology
Russia-Ukraine war: US says Ukraine must determine nature of victory; pledges full support