A video of the mother bear escorting her cubs across Rowley Street in Connecticut has surfaced on the internet. The video has grabbed the attention of netizens.

A video of the mother bear escorting her cubs across Rowley Street in Connecticut has surfaced on the internet. It features a bear trying to cross the street safely with her cubs. Several riders in the video showed patience and waited for the animal to pass through the road with her babies. The video has become a hit on social media with netizens sympathising with the bear.

The video was shared by Winchester CT Police Department on Facebook and in the post, police thanked the motorists for helping in keeping the bears safe. They have also used the video to warn the people regarding driving during springtime. The video begins with the mother bear picking up one of the cubs with her mouth and taking it across the road. While she struggles to take one cub across the road, the other two cubs follow her. The fourth cub meanwhile was trying to climb a pole on the street. The bear who tries to keep her cubs alive at one point tries to pick two cubs together. The bear makes several attempts before she finally gets all her cubs through the road. In the video, traffic stopped in both directions so that the bear passes the street safely. Watch the video here:

Since being shared on March 29, the video has got 1K likes and accumulated tons of reactions from social media users. One user wrote, "Thank you for sharing. Love it. Mother taking care of her family." Another individual commented, "hahhahaha every parent relates to this". Another person wrote, "Thank you for sharing that was beautiful." Check out some netizens reactions. 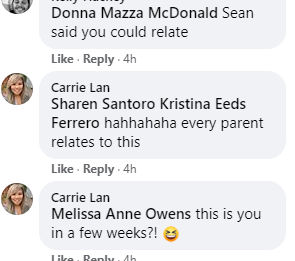 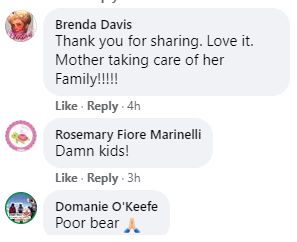 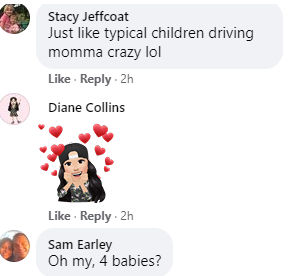 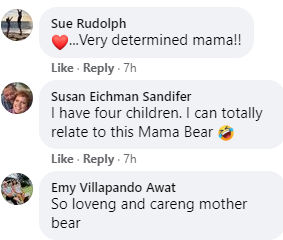 Meanwhile, farmers while harvesting sugarcane in their fields had spotted two leopard cubs in the Ozar village of Junnar district in Maharashtra, India. The cubs have been rescued and reunited with their mother by Wildlife SOS and the Forest department. The Wildlife SOS in a post on their Instagram account have revealed the rescue story of the cubs.