A sinkhole measuring about 300 feet wide and 60 feet deep has opened in farmland in Mexico. The sinkhole has been expanding since it appeared first. 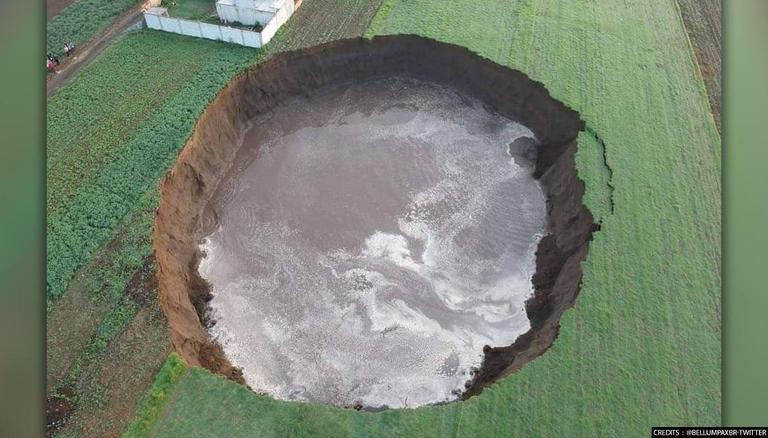 
A massive water-filled sinkhole was spotted in the Puebla state, which is situated near Mexico. A sinkhole measuring about 300 feet wide and 60 feet deep has pened in farmland in Santa Maria Zacatepec. The sinkhole is still growing and is threatening to swallow up nearby houses. The photos and video of the massive sinkhole have gone viral on social media.

Giant sinkhole in Mexico is expanding

The development has worried authorities and locals have been advised to stay away from the site. The giant sinkhole is expanding by dozens of meters every day has alarmed residents in the rural area of central Mexico. Beatriz Manrique, Puebla’s Environmental secretary said that the sinkhole was initially about 15 feet across and has been expanding rapidly since, reported New York Post.

A huge sinkhole 200 feet diameter 65 feet has suddenly appeared in a farm field in Mexico, Can anyone explain it? pic.twitter.com/lfVEf1sX6D

A huge sinkhole appears in central Mexico - due to a geological fault. The hole, which is filled with water, was about 30 meters wide on Sunday.

It quickly grew to 60 meters on Monday and about 80 meters on Tuesday, officials said, coming dangerously close to a house (+) pic.twitter.com/rDPdQB4eEy

Huge #sinkhole threatens to swallow #Mexican home
A giant sinkhole that was expanding by dozens of meters each day has alarmed residents in a rural area of central #Mexico where it was threatening to swallow a house. pic.twitter.com/jwiggaG9mo 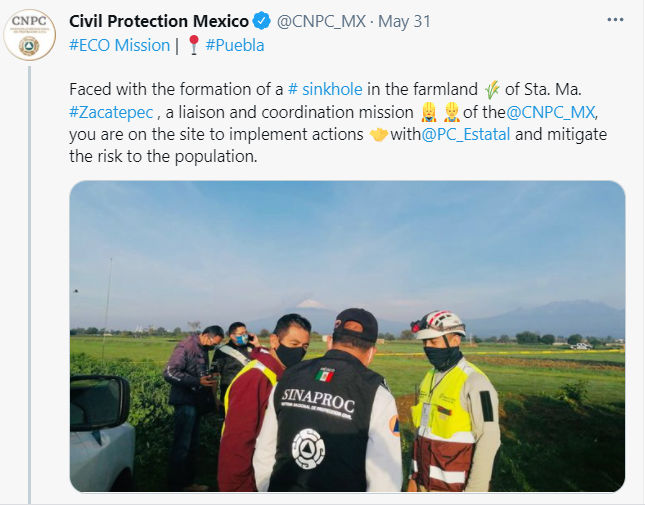 Miguel Barbosa Huerta, Puebla Governor in a press conference said that "It is a matter of enormous risk". He said that the family living close to the sinkhole has been evacuated. No one has been injured so far, but the governor warned local residents to stay away from the site. The authorities were considering hypotheses including a geological fault or variations in the soil's water content. The governor assured the people that the government was aware of the situation and that so far no one had been harmed.