Video Shows Grandpa's Reaction After Learning Great-grandkid Is Named After Him; Watch

In a viral video, when Grandpa learned that his great-grandson was named after him, he was overjoyed, and his grandchildren showered him with affection. 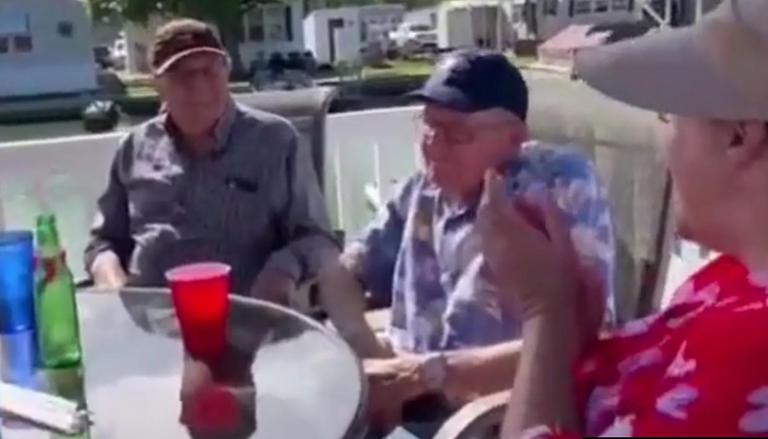 
People spend much time on the internet consuming thousands of content, whether it's video, blog, reels, etc. Some content is just for fun and laughs, while others genuinely bring a smile to people's faces. One such video is doing rounds on the internet where a 92-year-old man finds out that his great-grandson is named after him.

Grandpa overjoyed to learn his great-grandson was named after him

When Grandpa learned that his great-grandson was named after him, he was overjoyed, and his grandchildren showered him with affection. He blushes and puts his hands on his face. The video also features emotional music, which enhances the atmosphere. This lovely video has moved many people.

Watch this 92-year-old grandpa learn they are naming their baby after him.👶❤😭❤👶.
(🎥:theformulamom)

The clip was shared by a Twitter user named GoodNewsCorrespondent, with the caption, "Watch this 92-year-old grandpa learn they are naming their baby after him." The video has had 72,000 views since it was shared, and the number is growing. It has also gotten a lot of positive feedback. One commenter wrote on Twitter, "Come on man, somebody give him a hug stat."

I was really hoping they were going to name him "Grandpa."

Come on man, somebody give him a hug stat.

Another comment read, "Thank you for sharing this, it made my heart happy". "I was really hoping they were going to name him Grandpa."

Thank you for sharing this, it made my heart happy ❤️

In a second video, GoodNewsMovement featured Grandpa again, underlining his achievements and distinctions. The video begins with upbeat music, revealing that the 92-year-old man is a member of a barbershop quartet and that he began acting at the age of 80, displaying photos of him in various roles at the theatre. Grandpa also won a gold medal in tennis at the 2019 National Senior Olympics, according to the video.

Another moving video of Grandfather and Grandson

Grandfather and grandson share an emotional bond, and their affection is felt by all. Any video showcasing them goes viral almost instantaneously because people can relate to it. Netizens were recently delighted by a sweet video of a man surprising his grandchildren. The 49-second video was originally uploaded by security camera firm Ring. In the viral video, the two children are surprised to find their grandfather waiting for them on the porch when they return home from school.

GRANDPA REUNION!!👴
There may be no better surprise than seeing grandpa for the first time in half a year.

Richard's dad flew from Georgia to Fairfield, Conn. To see his 2 adoring grandsons Joey & Drew, and waited for them to get home from school to surprise them.🤗❤
(🎥:@ring) pic.twitter.com/aNbDPzkhJs