A viral pet video having an 'aww' like moment, has now started trending on social media platforms where a mama cat introducing its kitten to the dog. 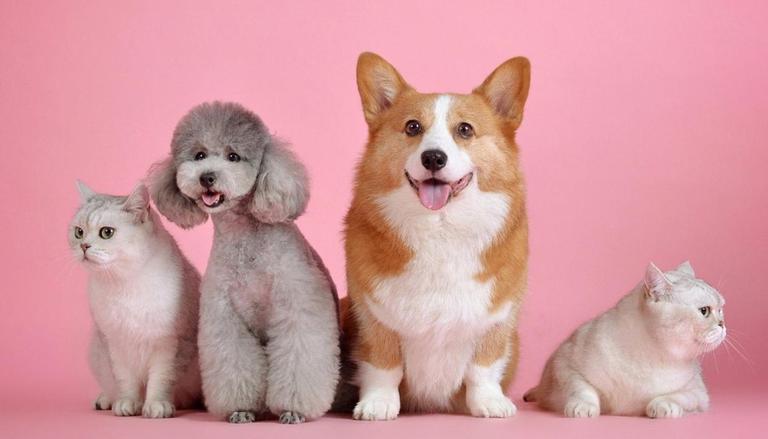 
A video of a cat introducing her newly born kitten to a dog has gone viral on Reddit. In the 11-second-long video, shared on Reddit, a Mama cat can be seen introducing her dog friend to her newly born kitten. The video which was uploaded with the caption, "Mommy Cat Introduces New Kitten to Dog Friend" has garnered over 40 thousand upvotes and a lot of funny, witty comments.

Netizens react with 'awww' after watching the viral video

While reacting to the video, one user who seems good at decoding animal language wrote, "She puts her nose on the dog’s cheek, her paw between them, saying, “now, now, doggo, you be gentle now,” the dog noodges her in acknowledgement, then she puts her paw on her kitten to make it feel safe. Great video of interspecies communication." One user questioned, "Did the cat touch her kitty then let the dog sniff her paw so the dog could know what her kitten smells like without actually getting too close?" 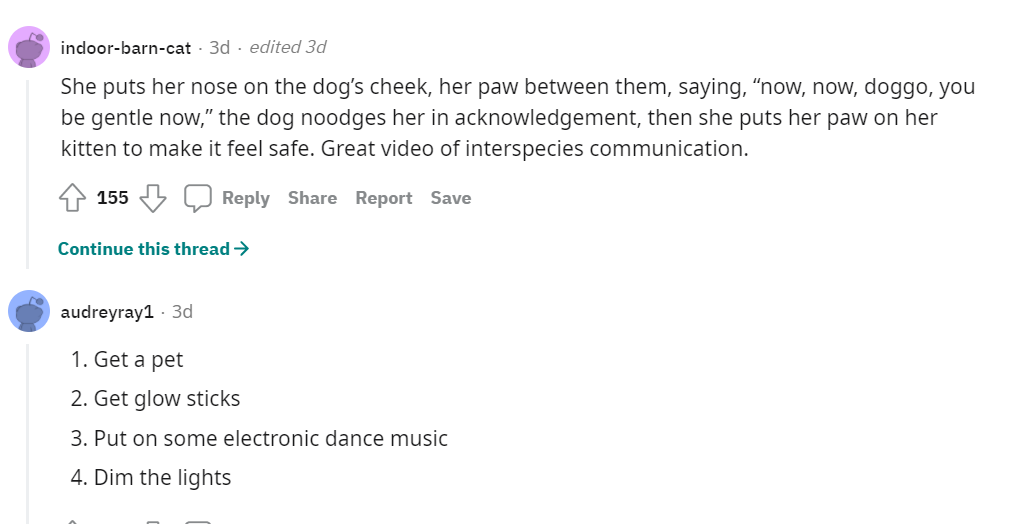 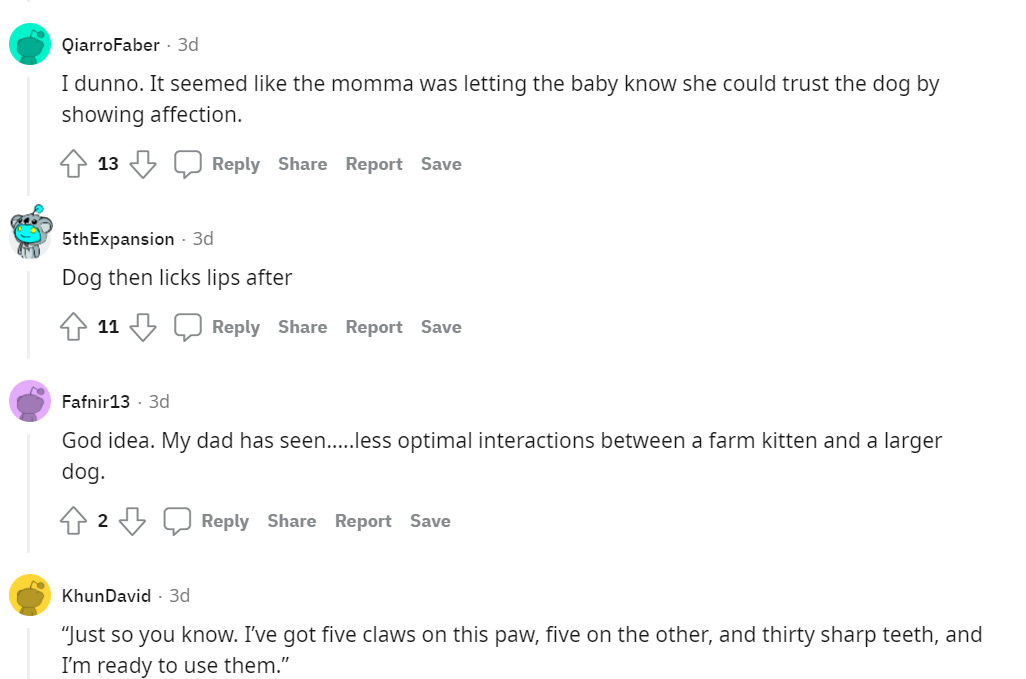 Another Reddit user who seems familiar with the cat behaviour wrote, "Cats rub themselves on people (especially with their face) to put their scent on them and tag them as part of the fam. It does seem like the cat is making sure that the dog catches its scent, and then touches the dog's nose, perhaps to make him smell but then also spread the dog smell on the kitten!"
"It seemed like the momma was letting the baby know she could trust the dog by showing affection,” commented the fourth.

READ | Viral video of dog bringing cow for sleepover & mom reacting to it is hilarious; Watch 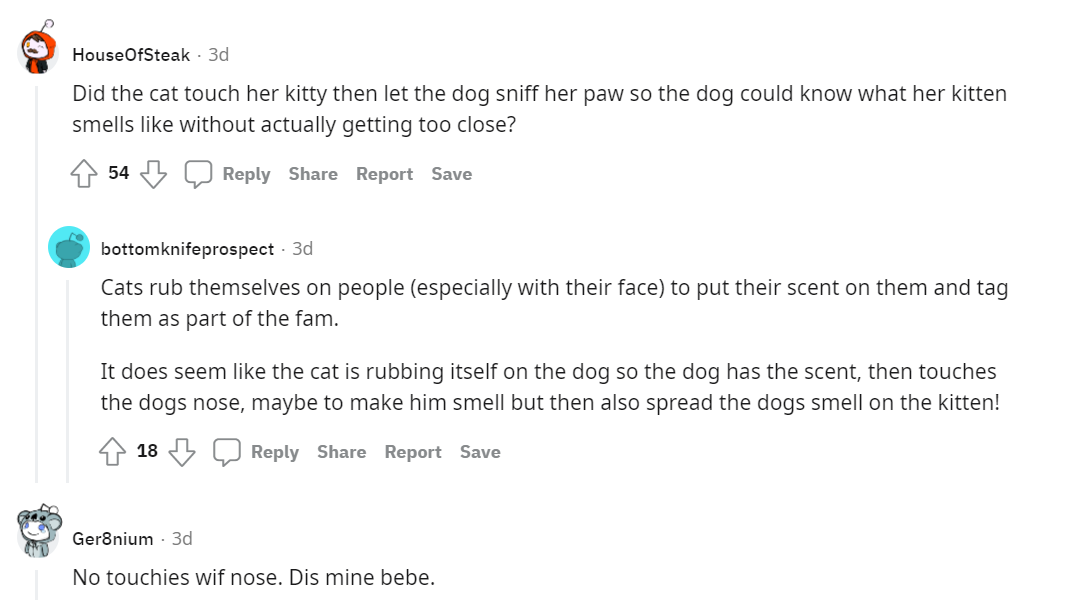 Recently, a video has surfaced from California, where the two bear cubs entered the backyard of a house to have some food and water. However, the adorable cubs were caught red-handed in the camera lens while enjoying water from a bird feeder and munching on berries from shrubs. The uploader of the video said that she was about to miss the adorable scene when her boyfriend pinched her so that she didn't miss the moment.

WE RECOMMEND
Video: Stray cat introduces kittens to woman who helped her, netizens call it 'beautiful'