Tea lovers are currently arguing over what the 'perfect cup of tea' looks like. This viral post on Reddit perfectly showcases all the different shades of tea. 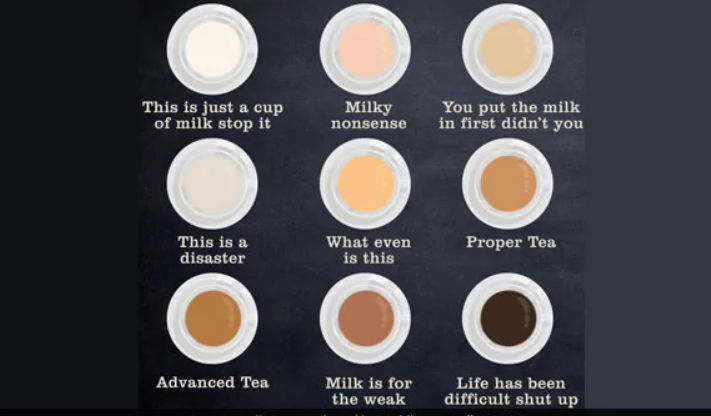 Above is the Reddit post that has gone viral on the internet. The post showcases the '9 shades' of tea. The first is just a cup of milk, while the second is 'milky nonsense' according to the post. The third showcases what happens if you put in milk before the tea while the forth is just a "disaster".
Also Read | 'Yeh Rishta Kya Kehlata Hai' memes go viral as show's sibling duo become a real couple

The original poster seems to dislike the fifth tea the most, as he questions what it even is. Finally, the sixth tea features "proper tea". However, "proper tea" is not the end, as there are three more shades to go through. The seventh shade of tea is "advanced tea", aka tea that does not have enough milk. And then the eight tea is even more extreme, with almost no milk at all. This tea is titled as "milk is for the weak". The ninth and final tea is pitch black, aka "life has been difficult" tea.

PEOPLE HAVE PLEDGED SO FAR
LATEST NEWS
View all
7 hours ago
Anand Mahindra wants the word ‘webinar’ to be ‘banished’, netizens agree
3 hours ago
Meet Jack Rico: 13-year-old boy who graduated with four associate degrees
9 hours ago
London: RSPCA and firefighters rescue fox after its head got stuck in tyre
5 hours ago
Video: Baby koala pops out of 'mum's pouch to say hello', netizens overjoyed
3 hours ago
Jammu and Kashmir cop wins praises for composing COVID-19 song to raise awareness