A video involving a treadmill and sandwich has gone viral, leaving netizens in awe. The clip shows the unique skill of a man. Watch it. 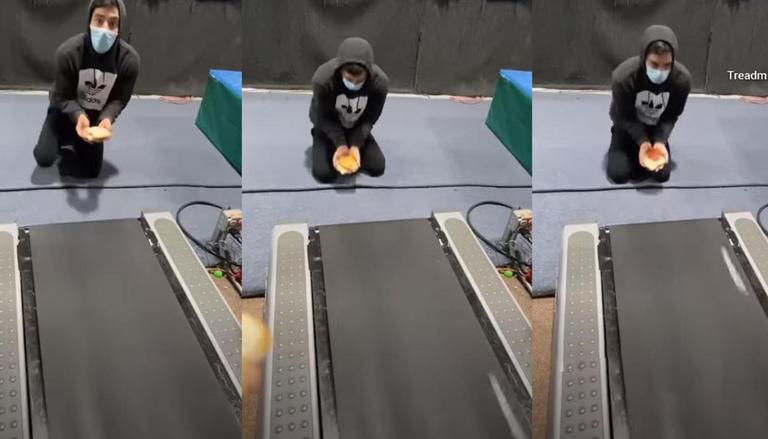 
Social media is often filled with engaging, entertaining, motivational, and funny videos, and many of them also go viral, leaving netizens in splits or amused. People take to social media platforms to post anything and everything which they find unique or amusing. One such video involving a treadmill and sandwich has gone viral, leaving netizens in awe. The video shows the incredible skill of a man has been initially shared on the Instagram page @Treadmillguy, and has later been shared on the official Instagram page of YouTube. "@Treadmillguy is redefining the meaning of fast food," reads the caption of the video.

The video has been making quite a buzz on social media since being shared on Monday, August 30. The clip has gathered more than 97,000 likes and also accumulated over 900 comments by netizens. Reacting to the video one of the users wrote, "That's insane." "Now this is a competitive sport [sic]," wrote another. Meanwhile, many did not like the idea of throwing the sandwich on the treadmill. "Food is not a game. If people were a little considerate, they wouldn't make videos like this. Bravo Youtube," expressed a user. "Yeah, but did someone clean this treadmill? There’s probably all sorts of gunk on that sandwich no thanks! [sic]," another comment read.  "Mmm! nothing better than the taste of dirty shoes and shit in the morning, yep! [sic]," reacted a user. 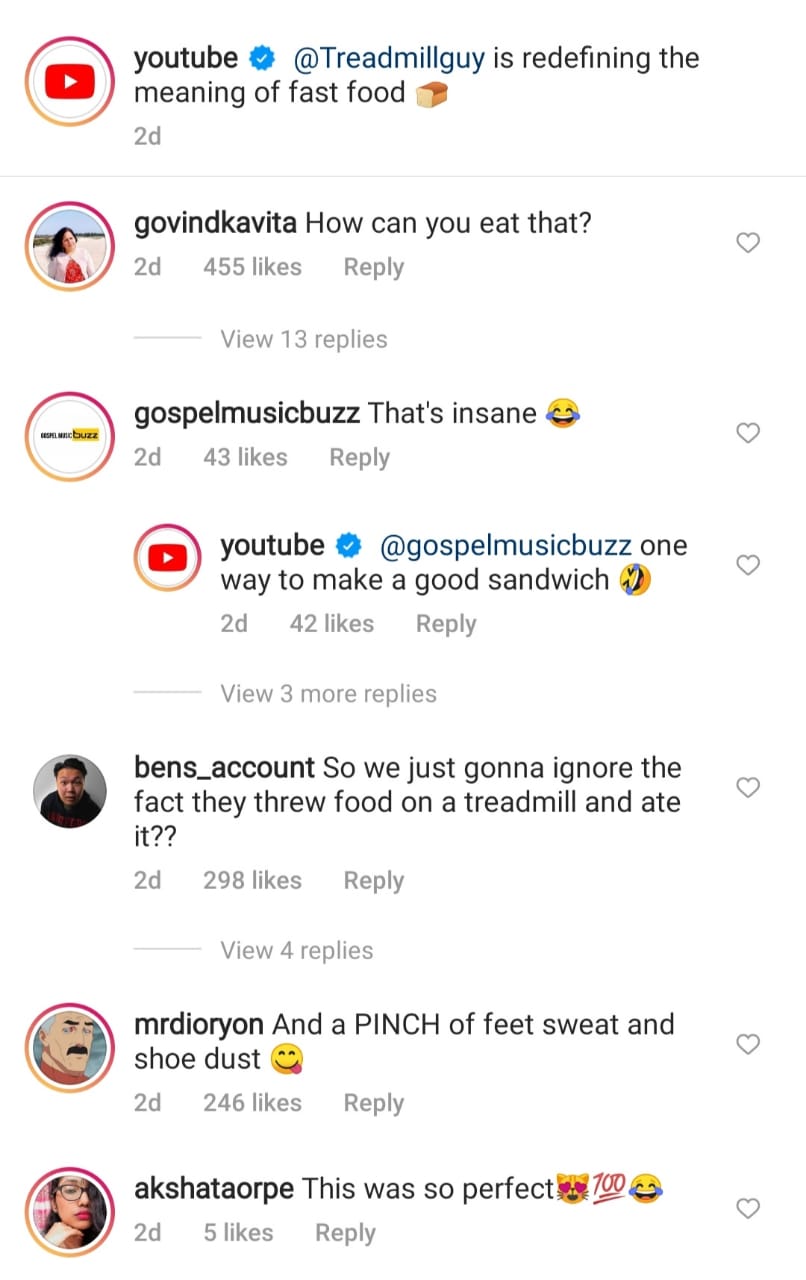 Dog running on a treadmill

Recently a video of a dog running on a treadmill had stunned the Internet. In the 10-second video shared on social media, Reddit shows that a doggo running on a treadmill just like a human. The video attracted thousands of social media users' attention. The adorable gesture of doggo jogging on the treadmill had gone viral. Since being shared on Reddit with the caption "walking like a dressage horse", the video has garnered over ten thousand upvotes and hundreds of witty comments. "Awww my baby APBT does this too! Especially when it’s dinner time," read the comment of a Reddit user.

READ | Sonu Sood flaunts his abs as he 'relaxes' on a treadmill; his fitness instructor reacts