Johan Groteboer attempted the feat after watching videos on social media of Finnish drivers performing a similar feat known as the "teabag challenge". 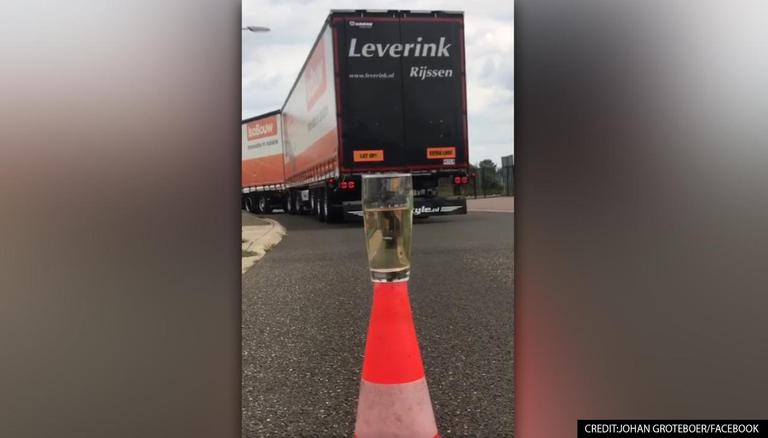 
Among the latest videos that would make you gasp in amazement is the clip of a truck driver who used his truck to dip a tea bag into hot water. If you're like most people, you'll find yourself watching the unimaginable video on loop, despite its short duration. According to UPI, the feat was accomplished by a Dutch truck driver named Johan Groteboer.

Johan Groteboer attempted the feat after watching videos on social media of Finnish drivers performing a similar feat known as the "teabag challenge". The 82-foot-long vehicle reverses to drop a tea bag into a glass of water on top of a building. Take a look at the video here:

Nearly 4,000 reactions and 2,400 comments have been left on the video since it was posted on Facebook. “That is awesome,” wrote a Facebook consumer. A couple of shared clapping emoticons to precise their reactions.  “Wow,” shared one other.

“I had to pull out all the stops to really get past the traffic cone without disturbing it and yet still drop the tea bag directly into the hot water,” Groteboer instructed Zenger News. “In that situation, you solely must go very barely off monitor, and also you lose it,” he added.

On his social media pages, he has been inundated with friend requests from all over the world after his video went viral. When asked if luck played a role in his success, the driving force replied, “Not at all. It was pure talent.”