This year, at Build conference, Microsoft CEO mentioned this 1993 “DevCast” video in which he talked about building apps using Microsoft’s then-new Windows NT. 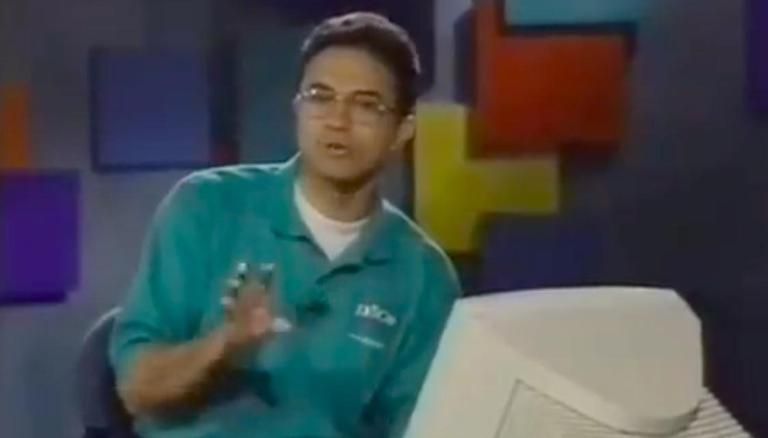 
A 1993 video of the Indian American Chief Executive Officer (CEO) of Microsoft, Satya Narayana Nadella, demonstrating MS Excel during DevCast, a satellite-broadcast telethon event has taken the internet by storm. He appeared for an hour and 45 minutes into the three-and-a-half-hour-plus video that has left Indians amused.

Nadella "sounds like a little over a year into his time at Microsoft, back when he was a promising young recruit on the very bottom rung of his journey up the ladder to the top", wrote American business magazine Fast Company that initially uploaded the video.

The entrepreneur, who would go on to become the company's CEO in 2014 participated in the session that, at the time, was popular for demonstrating the advancements to Windows and the Office suite. The developers called in live to ask questions.

In the visuals, also shared by Meow's CEO Brandon Arvanaghi on Twitter, Nadella who succeeded Steve Ballmer in 2014 and later John W. Thompson in 2021 as executive chairman, was seen encouraging the employees to experiment with the new work apps for Windows NT operating system by combining Excel and Microsoft Visual Basic. In 1993, Nadella was only tenured for a year at Microsoft Corporation.

In 1993, he was just another middle manager doing Excel demos.

He climbed the ladder.

There are many ways to win. pic.twitter.com/SBMhuT0Awz

"Today, he [Nadella] is the CEO of a $1.8 trillion company. In 1993, he was just another middle manager doing Excel demos. Satya Nadella worked at Microsoft for 22 years. He climbed the ladder. And is worth $700 million today.There are many ways to win," wrote Arvanaghi in the caption to the video.

Nadella's DevCast video resurfaced as Fast Company shared it as a part of the magazine's extensive new profile of Nadella. The technology event was hosted by Microsoft executive Jeff Teper, known for inventing SharePoint, a popular Office suite app. The Indian American CEO also held the position of Executive Vice President of Microsoft's Cloud and Enterprise group after he joined the firm in 1992, resigning as a member of the technical staff at Sun Microsystems.

Nadella worked for the Windows NT division and in the latest, he held the job of examining Microsoft's computing platforms. He enrolled in an MBA program at the University of Chicago much before he became the company CEO. Nadella flew to Microsoft's Redmond HQ each weekend until he winded up the classes in 1996, graduating in 1997. He studied Electrical Engineering at Manipal Institute of Technology.

This year, at the Build conference, Microsoft CEO also mentioned this 1993 “DevCast” video in which he talked about building apps using Microsoft’s then-new Windows NT. He wrote about his career journey in the book that he published in 2017, HitRefresh: The quest to rediscover Microsoft's soul and imagine a better future for everyone.

Satya Nadella was born in Hyderabad on August 19, 1967. His father, Bukkapuram Nadella Yugandhar worked for the Indian Administrative Service and his mother, Prabhavati was a Sanskrit lecturer. His father moved from Nadella village to Bukkapuram in Anantapuramu district, Andhra Pradesh, and later to Hyderabad.

Microsoft's CEO married his wife Anupama in 1992 and the couple is blessed with three children: two daughters and one son.

'Most underrated CEO of this generation..'

As his 1993 video went viral on Twitter, viewers expressed appreciation for his talent, dedication, and hard work. "Very cool that we live in a place where this is possible. It is far from perfect here, and we have a lot to fix, but the opportunity is still out there. The more I travel, the more I see just how unique that is," one said. "This is my favorite kind of career trajectory. Not glamorous, a deep understanding of product down to the X's and O's, and rising up based on merit," meanwhile one other noted.

"I must admit, I did no research on Microsoft when Satya took over. I simply closed my eyes and bought shares based on him and him alone. So glad I did," the third commented. "This is so endearing," meanwhile one other user wrote. "Too cool! The glimpse into how Nadella started is inspiring," one other user said. "Satya is one of the most underrated CEOs of this generation," yet one other declared.