A video has surfaced on social media that shows the woman catching the snake and walking away with it. The video has been shared by a page ViralHog on YouTube. 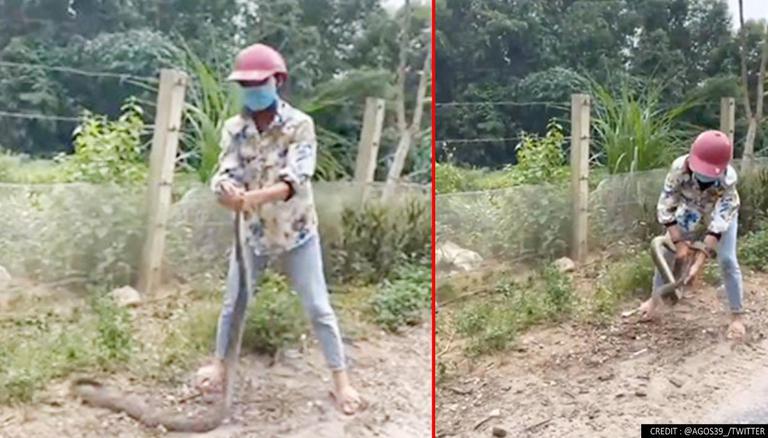 
In a horrifying incident, a woman has caught a huge snake with bare hands. The video shows the woman holding the snake with bare hands and walking away with it. The video has been shared by a page ViralHog on YouTube and it has caught the attention of netizens. People terrified to see the footage took to the comments section to share their views.

The video has been captured by passerby, who happened to bump into this woman while she was catching the snake on the road. The video shows a woman wearing a mask trying to get hold of a snake. The woman after few moments managed to catch the snake. The video ends with a woman walking away with the snake coiling itself around her waist and shoulders.  The woman looked unfazed as she holds the huge snake with her bare hands. Watch the video here:

Since being shared on June 1, the video has garnered more than 1300 views and several reactions. Some of the users called the woman brave while others said that they would not have been able to do it. One user commented, "See, I love snakes and I want to do this. I just kinda don’t have enough courage to do it yet. Yea last time I saw a black rat snake in my grandparent's yard I backed out and it ended up getting through a crack. I accepted my loss in the end don’t worry." Another user commented, "what kind of snake is this? Rat snake?". Check out some user reactions. 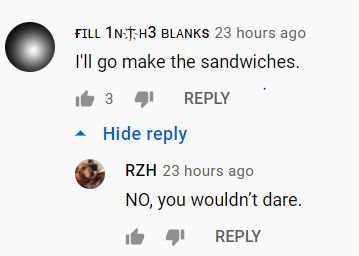 Meanwhile, an off duty firefighter in New Mexico recently pulled off a daring stunt and helped remove thousands of bees from a car parked outside a grocery store. According to a Facebook post by the Las Cruces Fire Department, on March 28, a man returned to his car from shopping to find a swarm of 15,000 bees inside it after leaving his vehicle’s window open. The fire services were then called to help, including an off-duty fireman Jesse Johnson, who works as a beekeeper in his spare time.

READ | Video: Elephant comes across Tiger while walking in the forest, watch what happens next
Las Cruces Fire Department