In the viral video, it can be seen that two women who were apparently traveling to Miami, have been giving Vodka bottles to their fellow travelers. Watch. 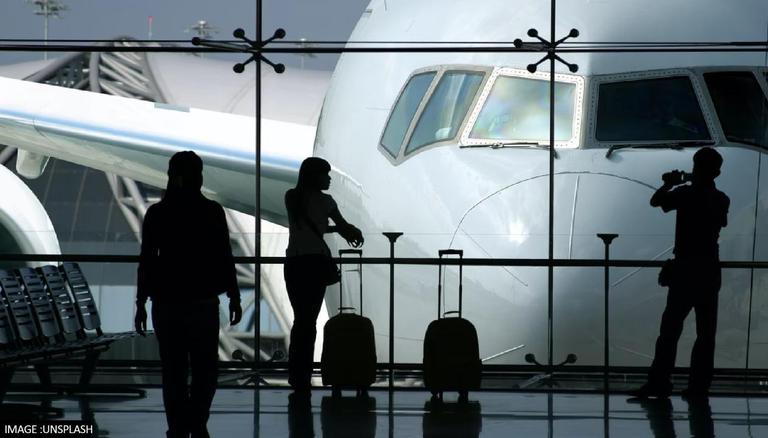 
Several people all around the globe travel via flights and thus many peculiar instances can be witnessed at the airports, one such incident went viral at a US airport when two women shared vodka shots with other passengers. In the video, it can be seen that two women who were apparently traveling to Maimi, have been giving Vodka bottles to their fellow travelers who are standing in the line for security check-ups.

At the starting of the 12-second-long video clip, it can be seen that two young women were drinking alcohol from bottles and further passes those bottles of Ciroc vodka and Malibu pineapple rum to other women. The other waiting passengers in the line seemed to have enjoyed those drinks. The passengers were passing the bottle one after another after having one shot. In the short video footage, it can be seen that the airport security personnel were laughing while witnessing the incident.

This funny video went viral instantly on social media when uploaded on the TikTok platform under the username ‘@latinnbella’ and later again uploaded in a YouTube channel named “Project TikTok” with the caption, “Giving shots at the airport.” The video has an insertion that basically explains the reason behind the incident, it reads with a laughing emoji, “They didn't let us take our bottles through check-in so we gave shots to everyone in line.”  As they were denied to take those bottles with them, they handed free vodka shots to the passengers.

Check the viral video of Women giving free vodka shots to the passengers at airport:

Viewers have found this video to be captivating and many offered their views in the YouTube comments section. One of the users wrote, “Amazing, the people will really now believe that there's something good is still left in the world in these times!!”, while another said, “Why should boys have all the fun” and the third commented, “Cheers.”

Meanwhile, in another weird incident, a woman was captured on video strolling through Miami airport wearing a bikini and just a face mask. The video was on Instagram on the page of 'Humans of Spirit Airlines' with the caption "When you have a pool party at noon and a flight at 4pm." In the video, a nameless woman can be seen walking through the airport in an olive-green bikini and a face mask, as required by the Federal Aviation Administration.

A post shared by Humans Of Spirit Airlines (@humansofspiritairlines)