Declared as World Bicycle Day, June 3, 2021, saw the celebrations of the day by Indian bicycling enthusiasts and Bollywood celebrities online. 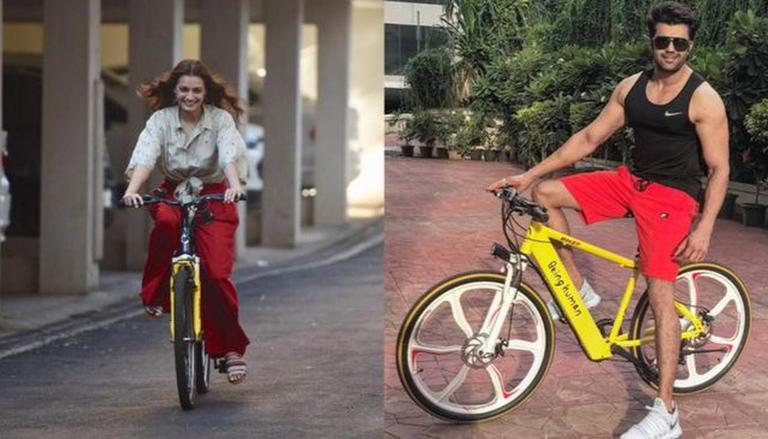 
June 3 marks World Bicycle Day, which countless people enthusiastically celebrate across the globe. With the world undergoing the COVID-19 lockdown during the pandemic, India specifically saw a substantial rise in people’s interest in bicycling. Several Bollywood celebrities have also been seen engaging in the activity on the streets of Mumbai, from time to time. Today, on June 3, 2021, netizens took to Twitter to share their take on the special day.

After the United Nations General Assembly declared June 3 as World Bicycle Day in 2018, people have increasingly shared, their love for bicycling and their experiences with the activity online. From inspirational World Bicycle Day quotes to photos with their own bicycles, many bicycling enthusiasts took to Twitter today to share their take on the day. One such person tweeted out their record distance, time and speed with a photo of themselves standing beside their bicycles. “Need to promote cycling for better health, fitness, immunity and environment,” he wrote in the caption. Similarly, many other bicycling lovers took the opportunity to promote the benefits and pros of the activity through their Twitter handles.

“Every time I see an adult on a bicycle, I no longer despair for the future of the human race,” wrote another Twitter user along with a photo of them sitting on their bicycle. An Odisha resident shared a few photos with their bicycle with another such caption. “The humble bicycle has the potential to save the planet. So, celebrate world bicycle day 2021,” read his caption.

Every time I see an adult on a bicycle, I no longer despair for the future of the human race.

The humble bicycle has the potential to save the planet. So, celebrate world bicycle day 2021 #WorldBicycleDay2021 #worldcycleday pic.twitter.com/e8e0eQJXsG

Bollywood actors did not stay behind at promoting the day either. Actors Maniesh Paul and Dia Mirza took to their Twitter handles to share their take on the day. “Stay fit....stay healthy...cycle? get yours today,” wrote Maniesh as he shared a photo where he can be seen posing with his bicycle. On the other hand, “Love cycling! More cycling tracks please” said Dia Mirza.

She shared a set of two photos in which she is seen happily cycling away. In a follow-up tweet soon after, Dia clarified that the photos were taken without her wearing a mask as they were taken before COVID-19 hit the world. She said, “Clarification: This is image is from pre-covid times therefore there is no mask on. Always wear a mask. Stay Safe!” Several other popular faces of Hindi cinema such as Ranbir Kapoor, Sara Ali Khan, Janhvi Kapoor, Daisy Shah, and more have also been seen heading out and about in Mumbai with their bicycles in the past.