The bottle named, The Intrepid, containing single-malt which was distilled for 32 years at Macallan in Speycide. The bottle contains 311 litres of whisky, 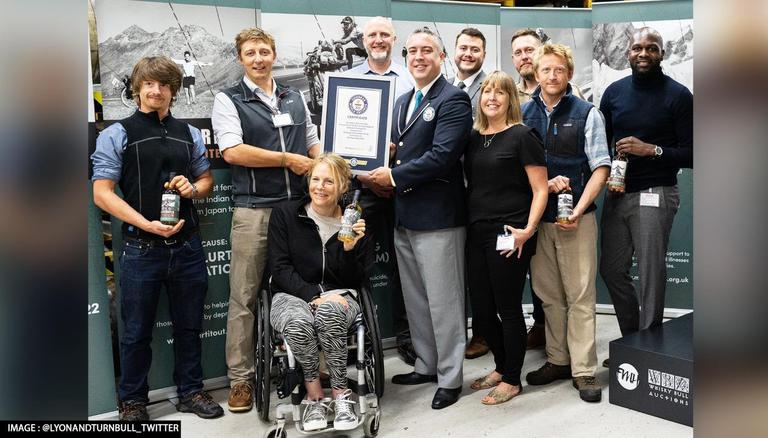 
The world's largest bottle of whisky has been sold for a whopping £1.1 million (₹10,75,60,189) in an auction. The bottle named 'The Intrepid,' containing single malt was distilled for 32 years at Macallan in Speycide, Scotland. Standing tall at a record height of 5 feet 11 inches, The Intrepid contains 311 litres of whisky, an equivalent to 444 standard bottles.

The largest bottle of whisky has been purchased by an anonymous international collector after Lyon & Turnball put it on auction on May 25. Lyon & Turnbull has announced the sale of The Intrepid in a statement online. The bottle was certified as the largest bottle of whisky in the world by Guinness World Records on 9 September 2021. The Intrepid project is a collaboration between Fah Mai and Rosewin Holdings and its founder is Daniel Monk.

In a statement, Daniel Monk said that the project "has been an adventure from the start" and the team has worked extremely hard to make it happen. He further added that they had contacted the explorers during the lockdown period and identified people who could make and fill the bottle of scotch whisky. The founder of the Intrepid project has created a small number of exclusive bottle sets and miniatures that were offered in the auction on 25 May. The collection comprises 12 smaller bottles, each filled with the remaining 32-year-old Macallan whisky from the same casks used to fill the record-breaking bottle. Each set had a replica of the main bottle design along with individual bottles dedicated to each explorer associated with the project.