Bengaluru: Two People Fall From Electronics City Flyover After Being Hit By A Car 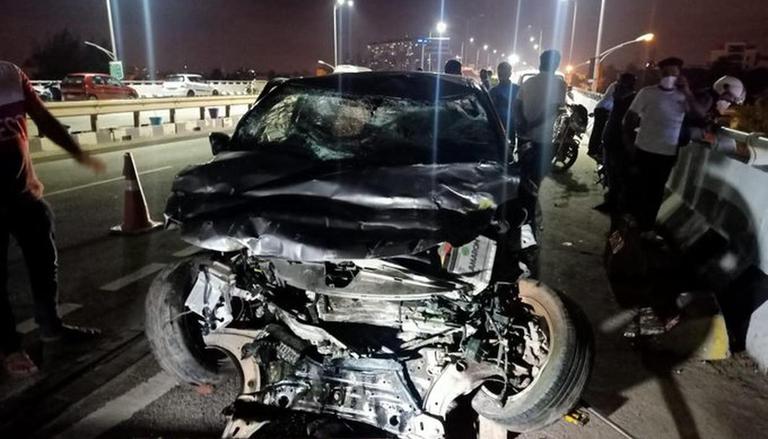 The police further said that their bike fell off the flyover at around 9:45 p.m. and their vehicle’s number plate confirmed that the bike was registered in Tamil Nadu. The two deceased people on the bike died have been identified as Pritham and Krithika and were residents of Tamil Nadu. They were working in the city and the accident occurred on their way to Hosur, which lies in the neighboring state of Tamil Nadu.

BR Ravikanthe Gowda, Jt CP, of the Bengaluru Traffic police said in a statement, “Accident was due to rash driving & negligence of car driver. He hit 2 people from Tamil Nadu, who were standing on the flyover with their bikes. Accused is from Thirupalya village (Karnataka). His blood sample taken & result awaited.” The police further said that the unnamed 23-year-old driver of the car has been admitted to a hospital, as he developed injuries during the crash. The Bengaluru Traffic Police said in a statement that a case of culpable homicide not amounting to murder under section 304 of the IPC has been registered. The bodies of the deceased have been shifted to the mortuary for post-mortem.

Earlier this month, seven people along with the son of Hosur MLA Y Prakash of the DMK were killed after they lost control of the speeding Audi-Q3. As a result, the car climbed onto the pavement and crashed into a Punjab National Bank branch in Koramangala. MLA Prakash’s son, Karunasagar P was behind the wheels and the vehicle belonged to his family. The accident occurred late at night, between 1.45 a.m. and 2 a.m.

(With ANI and PTI inputs)