The Yogi Adityanath-led Uttar Pradesh government has appointed 3 IAS and 3 IPS officers to camp in three red-zone districts of Agra, Meerut, and Kanpur.

The Yogi Adityanath-led Uttar Pradesh government has appointed two (one senior IAS and one IPS) officers to camp in each of the three red-zone districts -- Agra, Meerut, and Kanpur. UP Chief Minister Yogi Adityanath on Sunday during a review meeting with chairpersons of 11 committees appointed one senior IAS officer and one IPS officer for each of the three districts.

He has directed them to be in command for all the COVID-19 related work. Further, the chief minister has also directed the officials to make all the ventilators in the districts functional, and prepare a list of anaesthetists. Along with it, he has also directed the senior bureaucrats to train the authorities to operate ventilators. These officers are appointed in addition to the nodal officers that were appointed for each of the 75 districts in the state earlier.

According to Additional Chief Secretary (Home and Information), Awanish Awasthi, UP State Industrial Development Authority MD Anil Garg and IG Deepak Ratan have been given the command of the COVID Care (a monitoring unit) in Kanpur. Further, Principal Secretary (Infrastructure) Alok Kumar and IG Vijay Kumar have been posted in Agra, while the charge of the monitoring unit in Meerut has been given to Irrigation Department Principal Secretary T Venkatesh and IG Laxmi Singh. 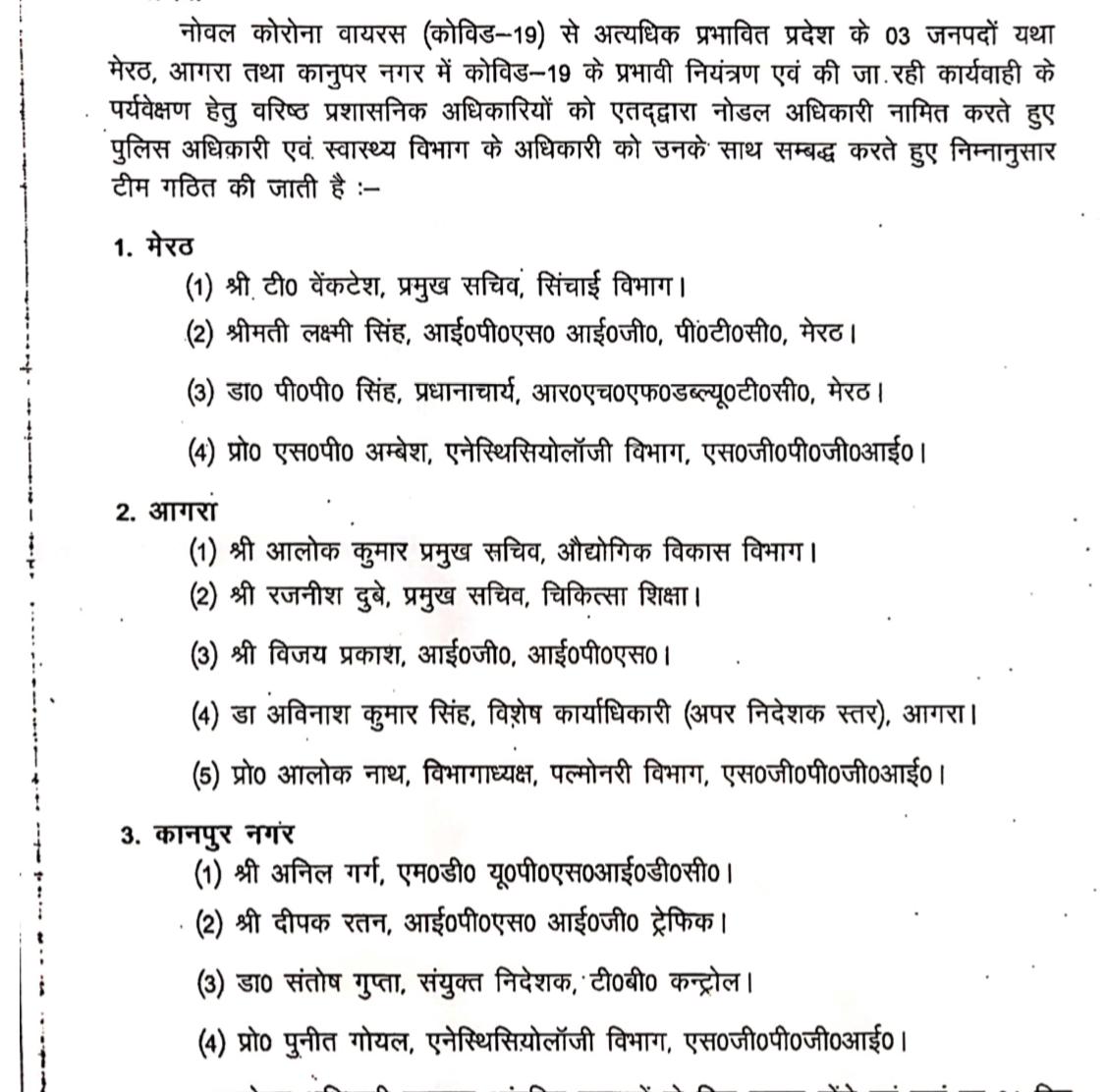 Spike in COVID cases in UP

According to the latest update from the Ministry of Health & Family Welfare, the number of total Coronavirus cases in the country has climbed to 67,152, including 44,029 active cases. While 2,206 deaths have been reported overall, around 20,917 people have been cured/discharged/migrated. Meanwhile, Maharashtra and Gujarat have the highest number of cases in the country.