In an unfortunate incident, 12 coaches of the Guwahati-Bikaner Express train derailed near Maynaguri town of West Bengal's Jalpaiguri district on January 13. 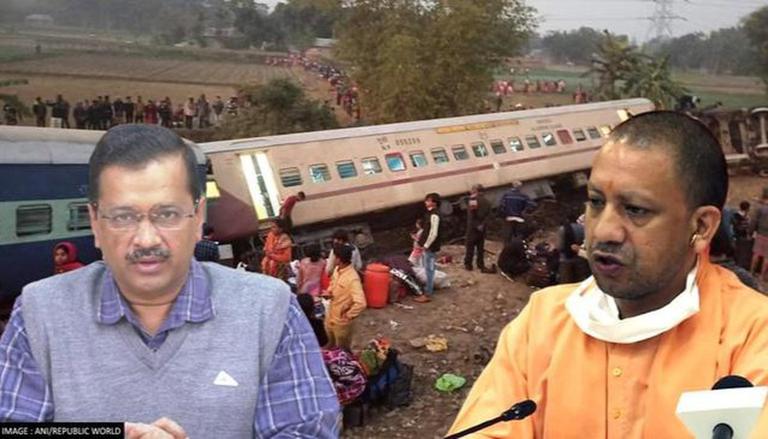 
In an unfortunate incident, 12 coaches of the Guwahati-Bikaner Express train derailed near Maynaguri town of West Bengal's Jalpaiguri district on Thursday, January 13. As per a recent update, nearly three people have lost their lives while 20 others are left injured. Chief Ministers of several states have expressed condolences over the incident via the social media platform, Twitter.

Taking to Twitter, Delhi Chief Minister Arvind Kejriwal expressed his condolences and wrote, "Very sad accident. My condolences to the families of those who lost their lives in the incident and wish a speedy recovery to all those injured."

Rajasthan Chief Minister Ashok Gehlot took the micro-blogging site and stated, "Saddened to know about the loss of lives, when bogies of Bikaner-Guwahati Express got derailed in West Bengal. My heartfelt condolences to the bereaved families. May they remain strong to bear this loss. Prayers for speedy recovery of those injured."

Chief Minister Yogi Adityanath wrote on Twitter, "The news of the accident of Bikaner-Guwahati Express train in West Bengal is extremely sad. Praying to Lord Ram for peace to the departed souls and wishing speedy recovery of those injured in the accident. My condolences are with the bereaved families."

The train that started from Bikaner in Rajasthan was heading to Guwahati in Assam via Patna when the accident occurred near Mainaguri in Jalpaiguri during the evening hours of January 13. Mainaguri was not one of the train's 34 stoppages and at the time of the incident, the Bikaner Express was merely passing Jalpaiguri.

Further providing more update on the incident, Prime Minister Narendra Modi stated, "Spoke to Railways Minister Ashwini Vaishnaw and took stock of the situation in the wake of the train accident in West Bengal. My thoughts are with the bereaved families. May the injured recover quickly."

Railways Minister Ashwini Vaishnaw informed that the situation has been monitored by him personally and that he has apprised PM Narendra Modi about the rescue operations. The Minister announced that an ex-gratia of Rs 5 lakh will be given to the kin of the deceased persons, Rs 1 lakh for those who are severely injured, and Rs 25,000 for those who have minute injuries.