A major accident on Tuesday took place in Bageshwar, which is about 360 km from Dehradun, leaving five trekkers dead and several others injured. 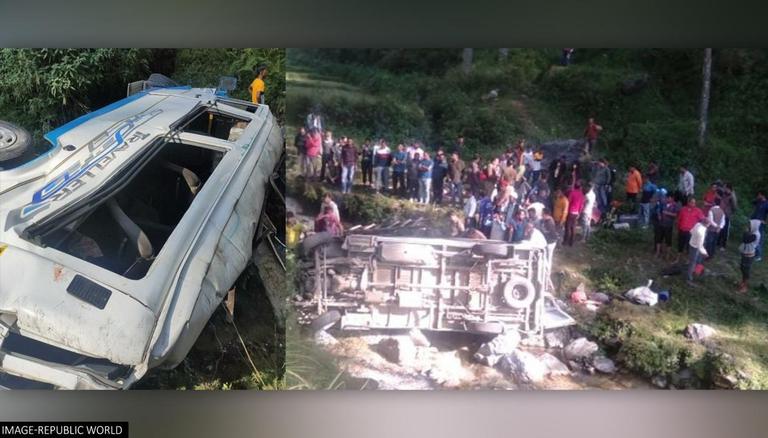 
In a tragic news, a major accident on Tuesday took place in Bageshwar, which is about 360km from Dehradun, leaving five trekkers dead and several others injured. As per sources, the drivers of two tourist vehicles lost their balance in Betop drain of Farsali. The five dead trekkers were from Bengal. Atleast 15 tourists are reported to be severely injured, as a team of disaster management, police and revenue reached at the spot.

After the collision of two vehicles, one vehicle fell into the ditch below the road. The injured trekkers have been rushed to a local primary health center. A rescue operation has been started to retrieve more possible dead bodies.

MLA Balwant Singh Bhauryal visited the spot and went to the health center to know the condition of the injured. Sub-Collectors of Kapkot area Paritosh Verma and Pooja Sharma also visited the spot.

The Kapkot police station reportedly informed that a tempo traveller was going from Munsiyari to Kausani on a Shama-Tejam motorway near Betop drain. The driver lost control of the vehicle and overturned on the road. The second travel vehicle which was righ behing suddenly collided with the overturned vehicle and fell into a ditch.

Meanwhile, while conducting search and rescue missions in different parts of Uttarakhand's Bageshwar district, the State Disaster Response Force (SDRF) has retrieved a total number of 60 persons who were trapped due to due to floods and landslides triggered by torrential rainfall across the state. The SDRF team has also recovered five dead bodies from the Bageshwar region. According to a statement issued by the SDRF, four persons have already been rescued from the Sunderdhunga Glacier region, while one remains missing.