PM Modi has announced Rs. 2 lakh compensation to the families of the deceased and Rs. 50,000 to the injured in the Malad Building collapse incident 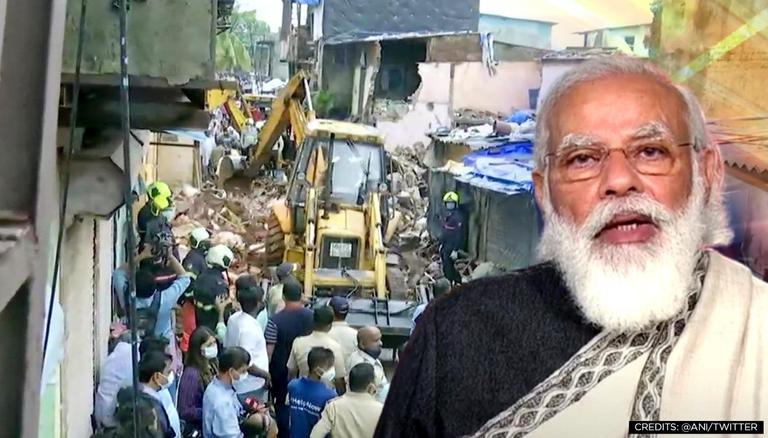 
Prime Minister Narendra Modi on Thursday announced an ex-gratia compensation of Rs 2 lakh for the families of the deceased in the Malad West Building Collapse incident under the Prime Minister's National Relief Fund. In addition, an amount of Rs. 50,000 was also announced for those who were left injured in the accident.

PM @narendramodi announced an ex-gratia of Rs. 2 lakh each from the PMNRF for the next of kin of those who have lost their lives due to a structure collapse in Malad West, Mumbai. Rs. 50,000 would be provided to those injured.

PM Modi's announcement comes after the collapse of a residential structure in Mumbai's Malad West. The incident was reported at 10.15 PM on Wednesday and took the lives of 11 people. In addition to the collapse of the four-story building, two other structures located opposite the building collapsed. The Police and Fire Brigade Department soon reached the spot and started the rescue operation. Debris clearance and rescue operations were still ongoing in the afternoon on Thursday. BMC reports suggest that the building collapsed due to heavy rainfall which was witnessed by the city on Wednesday.

Visuals from the spot, this morning. pic.twitter.com/ct7HhErNHF

The Maharashtra Government on Thursday announced that an amount of Rs. 5 lakh will be provided to the families of the deceased in New Collector Compound, Malad West of Mumbai. The announcement was made by Maharashtra Minister Aslam Shaikh. According to reports from BMC, the New Collector Compound was in a 'dangerous condition' and along with the causalities, 18 people were injured. The Mumbai Police further informed that a case under Section 304 of the Indian Penal Code (IPC) will be issued against the owner of the building.

Monsoon in Mumbai arrived on Wednesday ahead of schedule. The heavy rainfall across the city caused water logging issues and train suspension. Train service between Kurla and Chhatrapati Shivaji Maharaj Terminus was halted because of water overflowing on the tracks. In addition, the Harbor line railway service was also disrupted between Vashi and CSMT near the Chunabhatti railway station. Major areas of  Andheri Subway, Eastern Express Highway near Chembur, Sion, and Kings Circle also reported waterlogging issues.