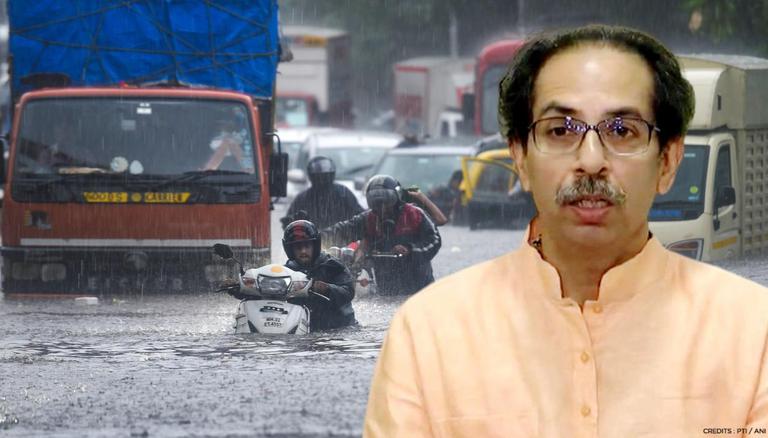 
Maharastra Chief Minister Uddhav Balasaheb Thackeray on Sunday evening has directed the Brihanmumbai Municipal Corporation (BMC) and all concerned agencies to be prepared for 'any' eventualities following a high-level meeting of officials and considering the Indian Metrological Department’s (IMD) heavy rainfall forecast.

Considering IMD’s heavy rainfall forecast for the next 4-5 days in Mumbai, CM Uddhav Balasaheb Thackeray has directed @mybmc & all agencies to be prepared for any eventualities, work around the clock in close co-ordination to tackle them. All rescue teams must be on stand-by.

The CM expressed his condolences to the families of the bereaved while promising Rs 5 lakh each to the kin of those who lost their lives in the mishap from the State while those injured will be provided with free medical treatment.

CM Uddhav Balasaheb Thackeray has expressed his deepest condolences to the families who have lost their loved ones in the mishap caused due to torrential rains in Chembur & Vikhroli.

The Chief Minister maintained that an orange alert has been issued for Mumbai and coastal Maharashtra for the next five days, as the Brihanmumbai Municipal Corporation continues to shift people out of low-lying areas, and where landslides are anticipated.

The Chief Minister has urged all concerned authorities to work around the clock in close co-ordination while all rescue teams have been put on 'stand-by' to swiftly tackle any further mishap.

The BMC on Sunday evening updated the official number of people who were killed in various incidents following heavy rainfall in the city. According to the updated figures, 10 people died in Vikroli, 21 lost their lives in the Chembur landslide while 2 suffered serious injuries.

On the other hand, as a result of the inclement weather, Chhatrapati Shivaji Maharaj International Airport (CSMIA) has temporarily suspended flight operations between 00:42-05:24 hrs in July 18 as a safety precaution. During this time, a total of 9 flights were diverted. Flight operations at CSMIA recommenced with effect from 05:24 hrs and are proceeding as per schedule.

Meanwhile, the Brihanmumbai Municipal Corporation on Sunday has asked citizens to boil water before drinking as heavy rains stopped the Bhandup water purification complex, which is one of the major sites of water supply to the city. The torrential rain that intensified from Saturday night flooded the water purification complex on Sunday, following which the civic body shut the plants down.