Delhi Police handed over another body of a victim who lost her life in the tragic Mundka fire incident on May 13. One body is yet to be identified. 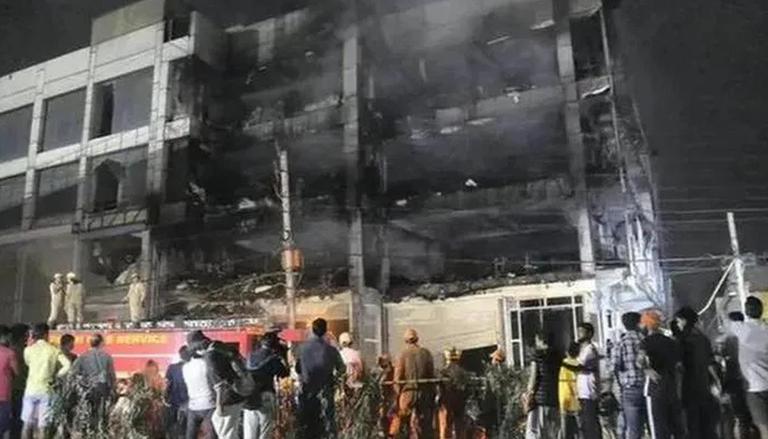 
In a tragic incident at Delhi's Mundka Metro Station which claimed the lives of 27 citizens, the Delhi police on Thursday informed that the Forensic Science and Laboratory (FSL) identified 4 more bodies through DNA samples.

Post Mundka fire incident, 27 bodies were recovered from the spot, out of which 22 bodies were earlier identified by the FSL and handed over to the families accordingly.

The remaining bodies were kept in Mortuary until recently when FSL identified 4 more bodies of which one body has been identified as Ranju Devi and will be handed over to the family. The remaining unidentified body will continue to stay in the Mortuary.

It is important to mention here that the forensic team collected blood samples from 26 blood relatives of the victims.

Earlier during the early stages of the probe, speaking to PTI FSL had stated, "We have formed multiple teams for the DNA examination… Now that we have received the samples, we are proceeding with the entire process of DNA profiling. Since it is a complex process, it takes time,” an FSL official had earlier said, adding that DNA sampling generally takes about one to two weeks, depending also on the condition of the samples."

On the evening hours of May 13, a large fire destroyed a three-storey building near the Mundka metro station in West Delhi, killing 27 people.

It is important to mention that the fire started on the first level and quickly spread throughout the structure, displacing more than 70 people. After 7 hours of fighting, the flames were doused. The catastrophe was caused by a number of errors, including a lack of firefighting apparatus and a blocked stairway, according to the original assessment.

All the three accused pertaining to the fire have been booked under sections 304 (culpable homicide not amounting to murder), 308 (attempt to commit culpable homicide),120 (concealing design to commit an offence punishable with imprisonment), 34 (acts done by several persons in furtherance of common intention) of the Indian Penal Code.  North Delhi Municipal Corporation (NDMC) has also suspended 2 officials of which one is a section officer.