This time around, the state of Gujarat has received almost 114% of rainfall, as per the officials. This is a new high level of rainfall since 2013.

This time around the state of Gujarat has recieved almost 114% of rainfall as per the officials. This js a new high level of rainfall since 2013. Because of this, there have been almost continuous flood like situations reported from across the state. From the biginning of the monsoon season there were flash floods in Vadodara and there has been a continuous flood like situation in the state ever since.  NDRF had to be deployed almost constantly through out pockets of the state.

Another warning of incessant rains was given out by IMD two days back and while the warning has been lifted there are still flood affected areas of the state. Over the two days there were several reports of people being stranded, several structural collapses and accidents due to heavy rainfall across the state. "This time around the rainfall is extremely heavy and it is scattered and it is going on for a longer time period. Because of this the damages are increasing. Several teams have been deployed frequently for rescue operations in Gujarat since the start of this year's monsoon and the alert is still on," said NDRF spokesperson Ranvir Mishra.

There were 25 farmers who were stranded in inundated land in Morbi along with their tractors for a few hours before they were rescued by NDRF. In another incident of Rajkot during rescue operations one person was found dead. Several rescue operations were carried out in Porbandar, Devbhoomi Dwarka in which a pregnant lady was also rescued. Altogether there were 66 people rescued, 30 people evacuated from.low lying areas and 2 dead bodies recovered.  NDRF spokesperson also commented on the floods of Patna while stating, "one of the glaring differences we see in other places like Patna floods and Gujarat is that here there are hundreds of NGOs and non profits and civilians also who pitch in to help one another at this time of calamity. We ourselves have gotten so much appreciation and help from NGOs. As of now we have kept our teams on patrolling and stand by and to distribute relief materials to civilians who have not been able to travel to shops." 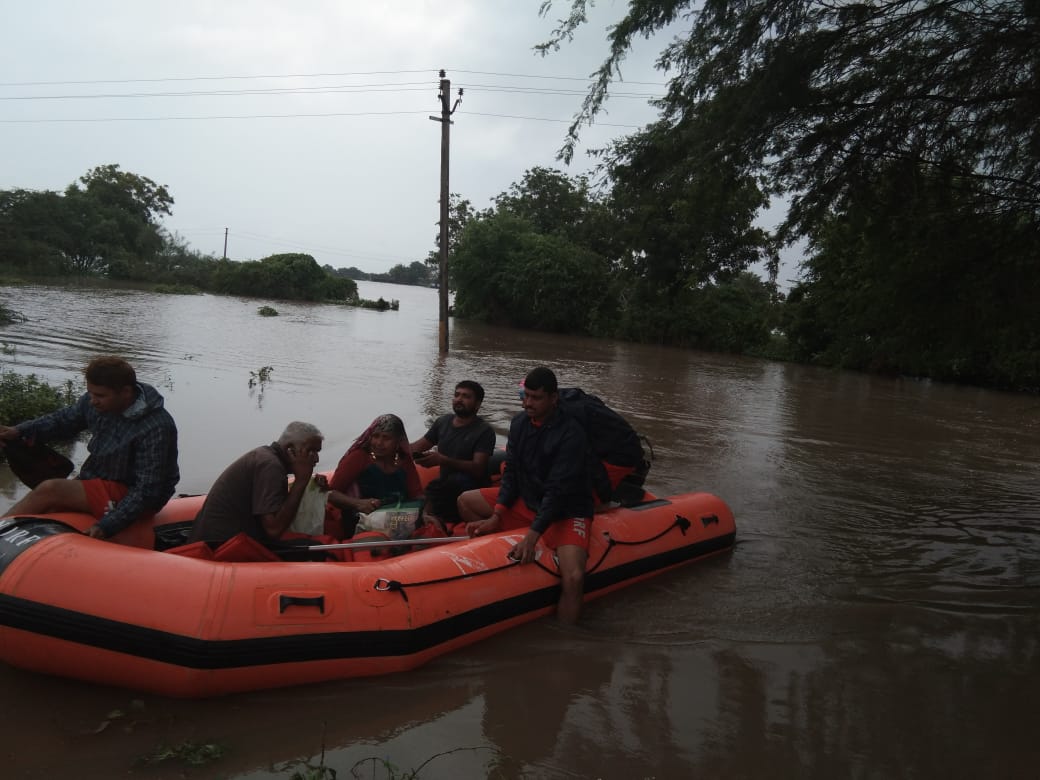 While the 'heavy rainfall' warning has been lifted, there are several dams that are now at capacity and especially the Sardar Sarovar Dam which still has 23 gates opened to release surplus water which is leading to the rivers crossing danger level marks and causing floods in low lying areas. In Bharuch there are at least 20 villages that have been evacuated to prevent any untoward incident and water logging.

Visuals of NDRF's mission in Gujarat 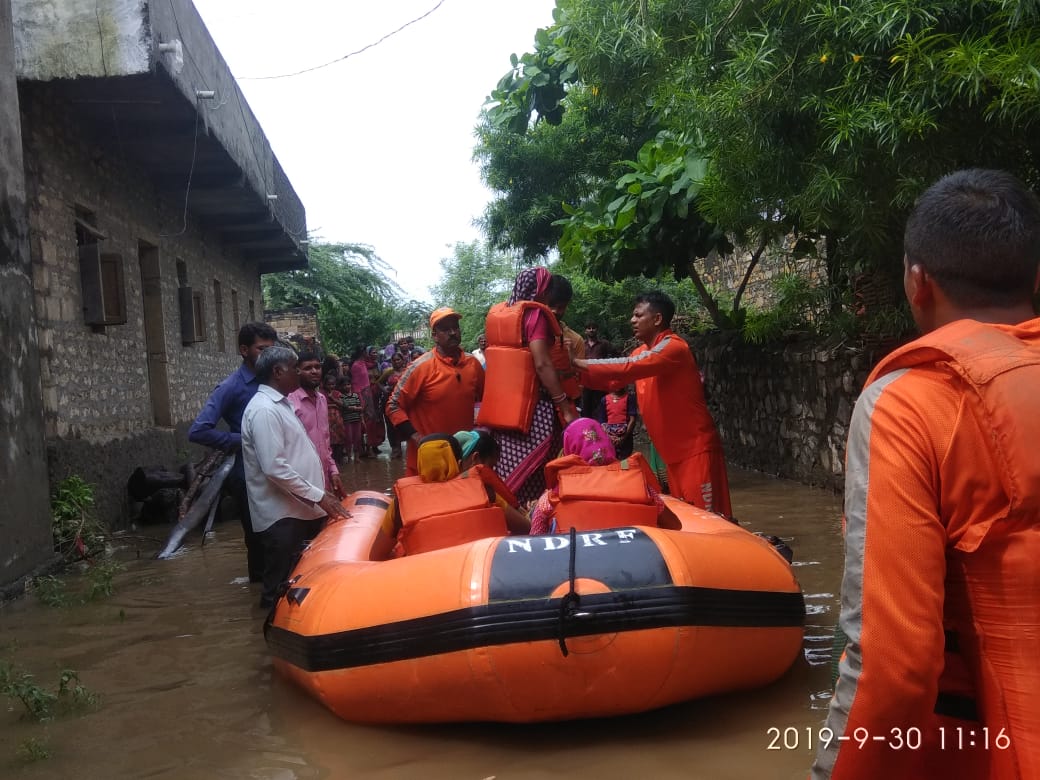 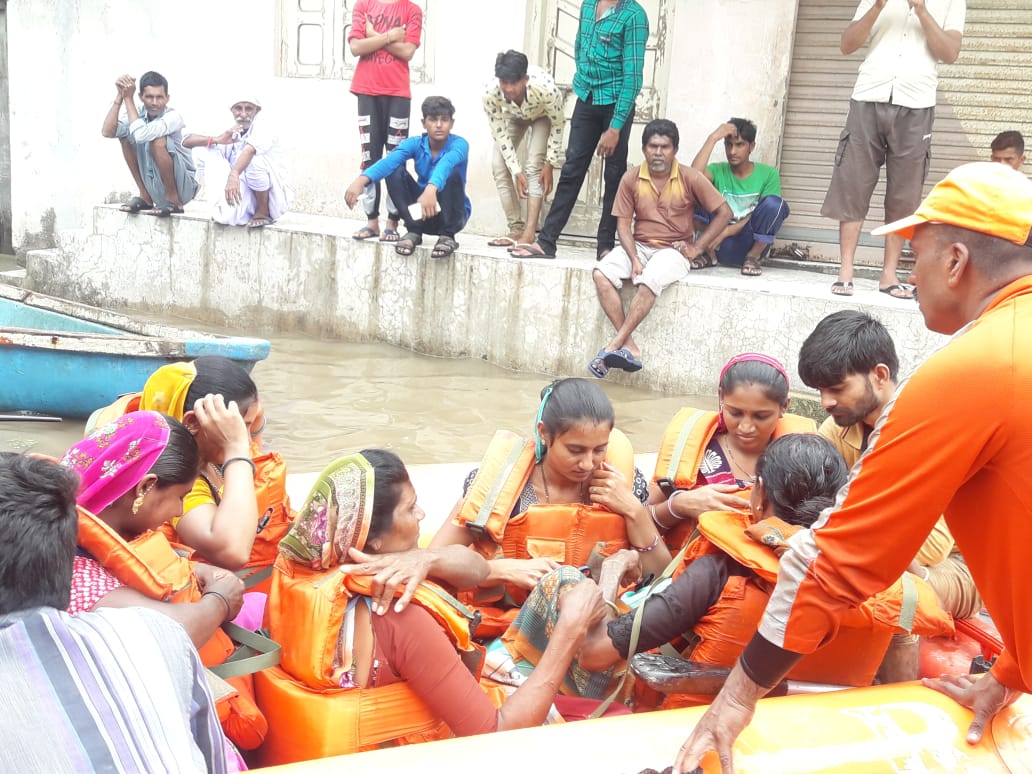 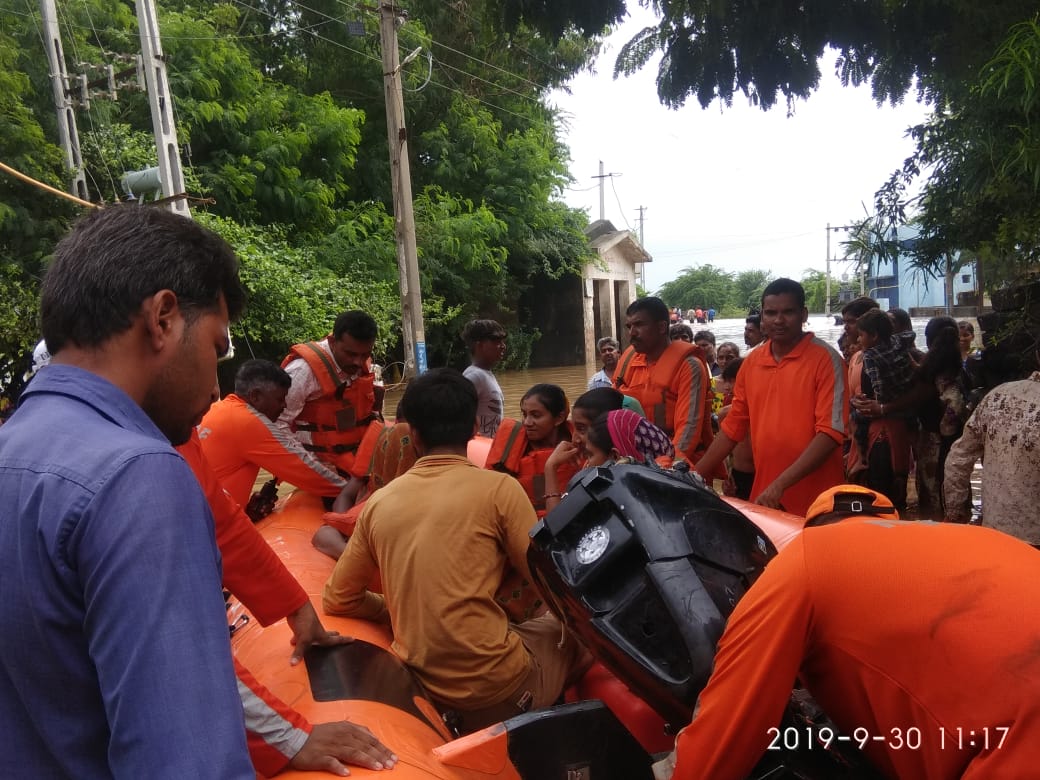