Prime Minister Narendra Modi on Friday conducted an aerial survey of the flood-affected parts of West Bengal in the wake of Cyclone Amphan, along with CM Mamata Banerjee among others. PM Modi can be seen monitoring the situation with a tablet in one hand and a map in the other.

Earlier in the day, PM landed at Kolkata Airport where he was received by Mamata and state Governor Jagdeep Dhankar.

Shortly before he landed, West Bengal CM Mamata Banerjee confirmed that 80 people had died from Cyclone Amphan in the state, with 60% of the population impacted and 6 lakh people having been evacuated before it made landfall.

After his West Bengal survey, Prime Minister Narendra Modi will travel to Odisha which was also hit by the Super Cyclone. At the time of publishing, the Prime Minister is holding a meeting at Basirhat. 80 people were killed in the state by the cyclone, Mamata Banerjee had stated before the survey. 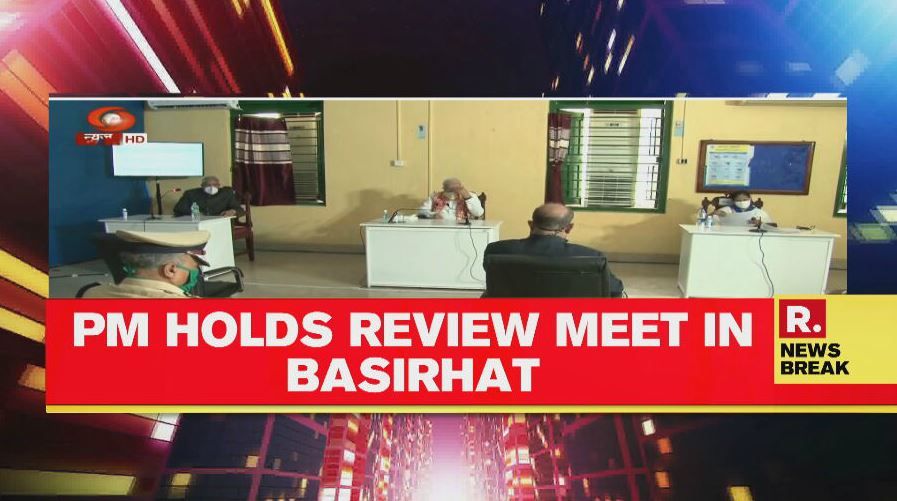 'Efforts are on to ensure normalcy'

In a series of tweets on Thursday, PM Modi said no stone will be left unturned in helping those affected by Cyclone Amphan. "Have been seeing visuals from West Bengal on the devastation caused by Cyclone Amphan," the Prime Minister tweeted. National Disaster Response Force teams are working in the cyclone-affected parts, he pointed out.

"Top officials are closely monitoring the situation and also working in close coordination with the West Bengal government. No stone will be left unturned in helping the affected," he said.

Tomorrow, PM @narendramodi will travel to West Bengal and Odisha to take stock of the situation in the wake of Cyclone Amphan. He will conduct aerial surveys and take part in review meetings, where aspects of relief and rehabilitation will be discussed.

Have been seeing visuals from West Bengal on the devastation caused by Cyclone Amphan. In this challenging hour, the entire nation stands in solidarity with West Bengal. Praying for the well-being of the people of the state. Efforts are on to ensure normalcy.

The extremely severe cyclonic storm has weakened and moved to Bangladesh, the IMD said. This is the Prime Minister's first visit outside the national capital after coronavirus lockdown was imposed on the midnight of March 24. His last tour was to Prayagraj and Chitrakoot in Uttar Pradesh on February 29.

PEOPLE HAVE PLEDGED SO FAR
LATEST NEWS
View all
5 hours ago
3 children at Chhattisgarh quarantine centres die in last 48 hours
7 hours ago
Mayawati hails SC's relief for migrants, asks govt to find jobs for them near their homes
4 hours ago
Railways appeal to pregnant women, old-aged people to avoid travelling by Shramik trains
3 hours ago
"We need to focus on the flood," says Assam Health Minister Himanta with an appeal
8 hours ago
Locust Attack: Swarming insects reach Andhra Pradesh's Anantapuram district