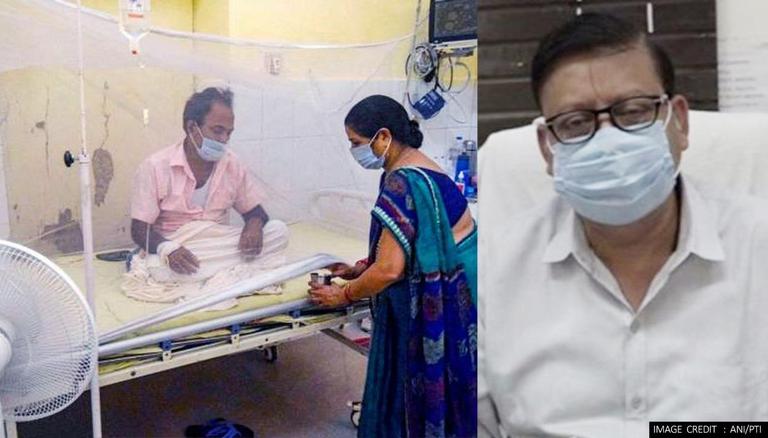 
As Uttar Pradesh witnesses severe cases of viral fever and dengue, Agra has confirmed 16 cases of dengue on Friday, informed the city's Chief Medical Officer, Arun Kumar Srivastava. Further talking to ANI, he stated that six patients among the 16 at a very admitted to different hospitals of the city whereas the rest of them are undergoing treatment at their homes. There have been no reports of deaths as of now, he added.

Some districts in Uttar Pradesh that are most affected by the viral outbreak are Firozabad, Mathura, Lucknow, Agra, among others. In the wake of a sudden spike in these districts, a special team of doctors was sent to these districts for providing guidance to the local doctors and the health officials. Firozabad being the worst hit is being constantly monitored round-the-clock for any emergency situations. Earlier, several patients died due to the viral and dengue outbreak including several children. As per the previous reports, more than 100 cases were reported from the district out of which around 51 people died due to the grave situation.

Earlier on Thursday, the Indian Council of Medical Research (ICMR) confirmed that they have found traces of the D2 strain of dengue in recent cases. The strain is said to be deadly and can also lead to haemorrhage among patients. Earlier, 11 cases of dengue were reported from Lucknow on Wednesday. Also, Meerut had reported around 30 cases of dengue fever on Wednesday, confirmed the CMO.

Uttar Pradesh Chief Minister Yogi Adityanath while taking scrutiny of the overall situation has directed the concerned authorities and officials to take necessary measures for preventing the spread of the dengue. Also, door-to-door surveys as a part of a campaign launched by the medical officials are carried out as per the instructions of the Uttar Pradesh Health Minister Jai Pratap Singh for checking any suspected cases. Furthermore, ASHA workers are also directed to keep a regular check on the patients and bring them to healthcare as soon as possible followed by a high alert in the municipality.

READ | UP: Central disease control teams identify 'dengue' as main cause of deaths in Firozabad

Speaking on the matter, the health ministry has specifically emphasised preventing the breeding of mosquitoes that can cause dengue.