Medanta's Dr Ravi Shankar stated they will start with 330 beds initially and increase the number of beds to 500 in future depending on the occupancy rate. 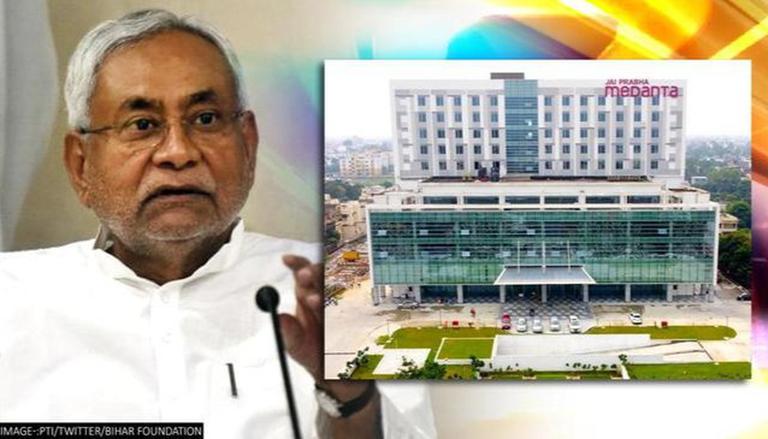 Economically backward to get 25% reservation at Medanta: CM Nitish Kumar

While speaking at the inauguration of Jayprabha Medanta Hospital, CM Nitish Kumar mentioned that he was very happy to take part in the launch event. While talking to ANI, CM Kumar said, "We’ve requested the hospital to open a cancer wing at the earliest as per the wish of late leader Jayaprakash Narayan. The poor will get a 25% reservation for treatment at the hospital.”

Jayprabha Medanta hospital to bring in doctors from across the globe

While speaking at the inauguration event of Jayprabha Medanta Hospital, Director Dr Arun Kumar stated that people of Bihar would now get quality medical facilities in their home state. “It is an honour for us to be associated with two big names, Jayaprakash Narayan and his wife Prabhavati Devi,” Dr. Kumar said. The hospital’s associate medical director, Dr Ravi Shankar said that they will start with 330 beds initially and increase the number of beds to 500 in future depending on the occupancy rate. Dr Shankar said that doctors from across the globe have been roped in to render their services at Jayprabha Medanta in Patna.

“We will offer health services at affordable rates. OPD, radiology and other lab facilities will run with minimum charges as per central government health scheme (CGHS),” Dr Shankar added.