Taking suo moto cognizance of the Malad building collapse,  which claimed the lives of 12 people, the Bombay High Court on Friday ordered a judicial inquiry. 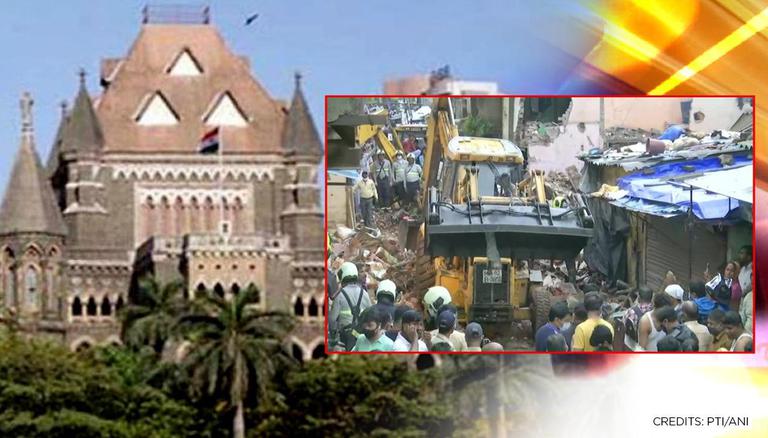 
Taking suo moto cognizance of the Malad building collapse, which claimed the lives of 12 people, the Bombay High Court on Friday ordered a judicial inquiry and sought the reports by June 24. Further, taking lessons from the incident, the court pulled up Brihanmumbai Municipal Corporation (BMC) and sought an explanation in the entire mechanism of illegal and dilapidated buildings in writing, including details of how such structures sustained for long and why was the issue not brought to notice by the Corporators.

The direction of the court comes after the BMC on Thursday claimed, "evacuation of illegal and dilapidated buildings could not be done because of the restrictions imposed by the court, in view of COVID-19". The court, during the course of the proceeding, brought the matter up and outlined, "Politics over the issue is not fair and the court cannot be blamed for the happening." It went on to cite its order dated April 2021, as per which it was made clear that actions with respect to vacuation and demolition of dilapidated buildings can be taken. "So the corporation or any other government body cannot put the blame for not being able to take action on the court," it added.

Mumbai Mayor pulls up the administration for Malad building collapse

On Thursday, Mumbai Mayor Kishori Pednekar asserted that incidents like the collapse of a residential building in the city's Malad area will not occur if "administration works properly." In an interaction with the media, she stated, "Last year, I had called for a meeting of all the officials from the Mumbai Metropolitan Regional Development Authority (MMRDA), collectorate, and Mumbai Port Trust (MbPT) to discuss illegal structures. If despite meetings there is no action, then we will continue to face questions like who is responsible. Instead of looking at who is in power, if the administration works properly, such incidents will not occur."

Citing the incident, she added, "Today, 11 people, including children, have died. Occupants must be moved out immediately whenever a building is put under C category."

At a time when Monsoon had not even properly arrived in Mumbai, residential structures collapsed in the Malad suburb on Wednesday. According to reports, the buildings were not in a good shape thereby leading to the collapse, and in turn, the death of 12 people, 8 of whom were children.

The situation was no better in the monsoons of 2020. In July, nearly one-third of the six-storeyed cessed Bhanushali building in Fort collapsed, killing 10 people, and no even a month to that, in August, a toilet collapsed in Mishra Building at Shuklaji Street, Byculla, killing a 12-year-old girl and a 70-year-old woman. Not even a few hours to that, a portion of a two-storeyed house at Gautam Nagar in Deona collapsed, injuring a woman.

Taking lessons from these incidents, 443 structures were listed as dilapidated and were marked for demolition by the end of the year. How far the work is done, is, however, not known.