Skymet Weather has been putting up updates and projections on their Twitter handle regarding the floods in Chennai. 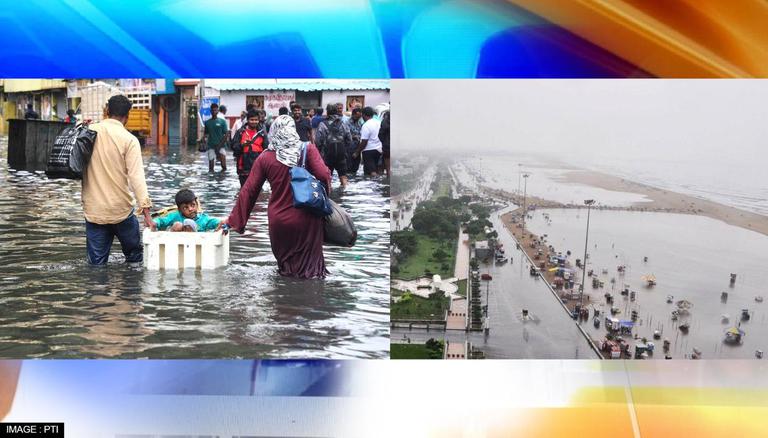 
On Monday morning, heavy rains continued to pelt Tamil Nadu and its surrounding regions, affecting vehicular travel across the state. According to the India Meteorological Department, showers are predicted to continue for the following two days (IMD). According to the IMD, there is a risk of flash flooding in various districts of Tamil Nadu in the next 6 hours.

Skymet Weather has been putting up updates and projections on their Twitter handle regarding the Chennai floods in Tamil Nadu. They have also been putting up helpline numbers and updates from CM Stalin. The Skymet Weather account has been reposting pictures and videos posted by residents affected by the rains, along with the area information.

Cumulative rain over #Chennai between November 1 and 8 is 415 mm. Monthly average of November is 374.4 mm. A #LPA over #BOB will intensify in a #Depression and move towards #TN. Heavy to very heavy rain is possible on November 10 and 11. #ChennaiRain @SkymetWeather @JATINSKYMET pic.twitter.com/05MFHvCiRY

Significant rainfall is expected from November 9 to 11 in coastal Andhra Pradesh and Tamil Nadu due to the northeast monsoon. As a result of the recent rains, the water level in Coimbatore reservoirs has also risen. Sholayar's current water level is 160.27 feet, with a reservoir height of 165 feet. Yesterday, following severe overnight rains in the city, CM Stalin visited the rain-affected regions of Perambur Barracks Road, Otteri Bridge, and Padi. According to the CM, in addition to Chennai, 11 other districts have been affected by extremely severe rainfall of 20 cm or more. He warned that while some areas did not receive much rain, they should remain attentive 24 hours a day, seven days a week.

The state administration has placed pump sets in 500 different areas to remove the obstructed water. A total of 50,000 food packets were also distributed. Relief camps have been set up throughout the city to give food, shelter, and medical aid. The Chief Minister granted a two-day holiday for schools in the districts of Chennai, Tiruvallur, Chengalpet, and Kancheepuram due to heavy rains. Schools in the Puducherry and Karaikal regions for students in grades 9 to 12 will be closed on November 8 and 9 due to severe weather and persistent rainfall.

The National Disaster Response Force (NDRF) has dispatched four teams to help with rescue operations after receiving a request from the state government. Meanwhile, the Indian Meteorological Department (IMD) has predicted 'moderate' rainfall through November 11 in the city. Rain is likely to fall heavily across Tamil Nadu, Maharashtra, Puducherry, Kerala, Karnataka, and coastal Andhra Pradesh until November 11.