In the video going viral, the cow can be seen next to the hospital bed in the ICU ward, before being chased out of the room by an attendant. 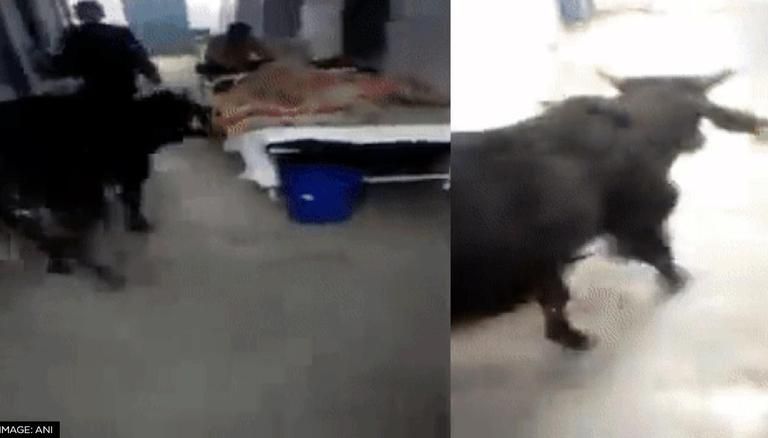 
A hospital in Madhya Pradesh’s Rajgarh had a new guest, not in the form of a patient or hospital staff or any other eminent personality, but a cow. The animal was seen roaming around not just outside the medical facility, but even right inside the Intensive Care Unit (ICU). The hospital later took action against the guard and the staff members for the incident.

In the video going viral on the internet, a cow can be seen strolling in an ICU ward of the district hospital. It was spotted next to the hospital bed in the ICU ward, before being chased out of the room by an attendant of one of the patients.

I have taken notice of the situation and have taken action against the ward boy and security guard. This incident is from our old COVID ICU ward: Dr. Rajendra Kataria, Civil Surgeon District hospital reacts to viral video of a cow walking inside the ICU ward in Rajgarh, MP pic.twitter.com/0wfdsirCjW