A fire broke out at a cloth and fabric godown in Harkesh Nagar in Okhla phase 2 in the national capital of Delhi. The incident occurred at around 3.45 am 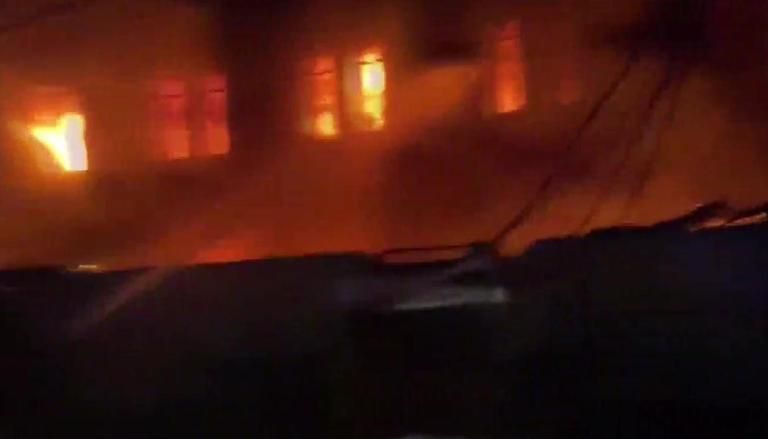 
A fire broke out at a cloth and fabric godown in Harkesh Nagar in Okhla phase 2 in the national capital, Delhi. The incident occurred at around 3.45 am on October 8. A total of 17 fire engines rushed to the godown to control the fire.

The fire department released a statement saying that no injuries have been reported in the incident and the cotton warehouse caught fire in the basement and the first floor of its building. The fire department has successfully controlled the fire and currently are in the process of cooling down the building to avoid any relapses, the release added.

The fire department said, “A fire broke out at fabric godown in Harkesh Nagar, Okhla Phase 2 at around 3.45 am today. 18 fire tenders rushed to the spot to bring the fire under control and no casualty reported so far.”

SK Dua, Divisional Officer, Delhi Fire Service informed, “Seventeen fire engines are working at the spot, the fire has been brought under control and the cooling process is currently underway.”

The fire department is not certain of the cause of the fire as they were still trying to completely control the fire. Once the fire has been doused, the department will study the location for possible causes. Delhi Fire Service Divisional Officer said that they were informed about the fire over the phone at 3.51 am after which they sent 17 fire engines to the spot.

Earlier on October 3, another massive fire was reported at a guesthouse in East Delhi's Shakarpur area. According to the authorities, three people were injured in the fire. Delhi Fire Service said that they were informed about the fire at around 5 am on Sunday, after which officials sent five fire engines to the affected building.

The fire department later said that the electric unit of the building had caught fire due to a short-circuit and the resulting flames ended up spreading to the reception, lobby and rooms. However, the fire department successfully controlled the fire in about two hours. Around three people received minor injuries and were given first aid.