Ganesh Chaturthi 2021: What Is Allowed And What Is Not, During Ganeshotsav 2021 In Mumbai

The guidelines come a couple of days after Maharashtra Chief Minister Uddhav Thackeray on Monday urged the citizens to avoid crowds during festivals. 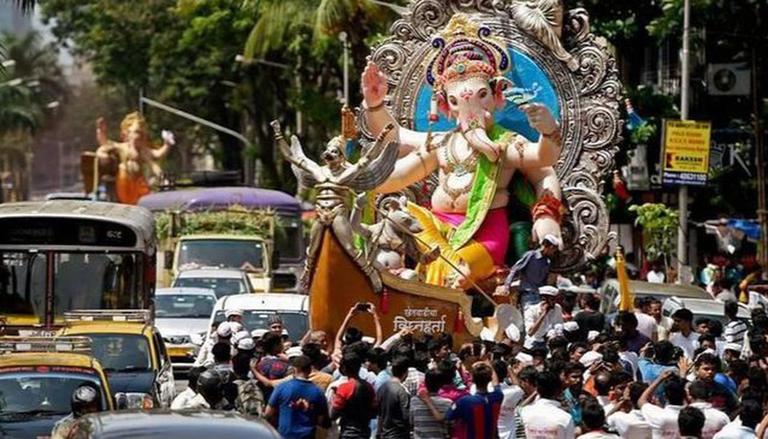 
Ahead of Ganesh Chaturthi, the Brihanmumbai Municipal Corporation on Thursday requested the residents of the city to celebrate the festivals responsibly and by following all the COVID protocols. The civic body issued the do's and don'ts for the public in a bid to keep COVID cases under check, especially when the number has once again started showing an upward trend. In the last 24 hours, the city reported 458 new cases, pushing the cumulative count to 7,48,066.

Dos and Don'ts for Ganesh Chaturthi

On Thursday, Mumbai police shared the guidelines and requested all Mumbaikars to celebrate Ganeshotsav responsibly by following all protocols.

Guidelines issued ahead of #Ganeshotsav2021. All Mumbaikars are requested to celebrate Ganeshotsav responsibly by following all Covid-19 protocols.#Ganeshotsav2021 pic.twitter.com/Ul62UmwH01

The guidelines come a couple of days after Maharashtra Chief Minister Uddhav Thackeray on Monday urged the citizens and political parties to avoid crowds in light of upcoming festivities. Citing the example of Kerala, which after Onam is seeing a major rise in COVID-19 cases, Uddhav Thackeray highlighted that Maharashtra will pay a "heavy price" if crowds continue to gather during celebrations for the Hindu festival starting September 10.

Mumbai reported 458 new COVID cases and six deaths on Thursday, a civic official said. The caseload in the country's financial capital rose to 7,48,066 and the death toll reached 16,010, he said. He added that the number of active cases, as of Thursday, stood at 4,010.

Mumbai's average recovery rate is 97 per cent, while the doubling rate -- a period during which caseload doubles -- has dipped to 1,206 days. The average growth rate of cases was 0.6 per cent for the period between September 2 and 8.

Due to the rising COVID cases, BMC has allowed for only 519 pandals to be set up for Ganeshotsav this time.