Farmers protested outside the Rohtak DC's office on Tuesday, alleging that officials were refusing to purchase PR Paddy from the procurement centre. 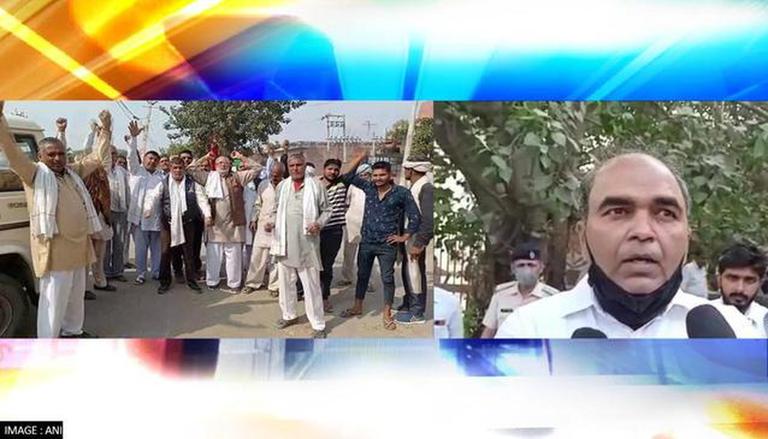 
On Tuesday, farmers protested outside the Rohtak Deputy Commissioner's office, claiming that officials were refusing to buy PR variety of Paddy from the procurement centre. The District President of the Akhil Bharatiya Kisan Sabha, Preet Singh, said, "On 4 November, they said that PR Paddy purchase has been stopped and it would be resumed from 8 November. Yesterday, some gate passes were approved, but not even a single grain of paddy was purchased. Farmers are worried. For a week, they have been in the mandis with their produce. We appeal to the District Commissioner to start the purchase otherwise we will not go from here."

Also, farmers protesting outside a temple in Rohtak, Haryana, held ex-Haryana minister Manish Grover and other BJP leaders for several hours on Friday, 6 November. Grover and other officials had gone to the Kiloi's Shiv Temple to witness Prime Minister Narendra Modi's programme at Kedarnath live before being allegedly abducted by protesting farmers and released hours later. Farmers protesting the Centre's three agricultural legislation arrived on the scene and allegedly locked the leaders inside the temple after learning of their presence, according to reports.

Grover denied giving an apology after exiting the scene, alleging that he was instructed to "wave at everyone." In addition, the former minister stated that he would visit the temple whenever he desired. Minister Ravindra Raju, Rohtak Mayor Manmohan Goyal, and party leader Satish Nandal were among those held hostage within the temple. The farmers had asked the people to surround the temple on all sides. Later that evening, after the district administration and police authorities had calmed them down, the farmers let the leaders leave the temple grounds.