A plantation drive was carried out by an organisation named Voice of Environment at Umananda, famed for being the smallest river island of the world on Sunday

In a bid to raise awareness on conservation and cleanliness, a plantation drive was carried out at Umananda, famed for being the smallest river island of the world, on Sunday. The move was to ensure a clean, sustainable eco-friendly and plastic-free heritage site.

The drive was carried out by Guwahati based NGO Voice of Environment (A Youth Environmental Organization).

"Umananda temple is one of the highest visiting destinations after Kamakhya Temple in Guwahati and it is a challenge to generate awareness minimizing the number of single-use-plastics being traded inside the premise of the temple. This is part of the smaller steps taking a bigger leap for protecting this riverine island comprising abundant biodiversity," said Maharana Choudhury, an environmental activist.

Voice of Environment also signed a Memorandum of Understanding (MoU) with Chief Doloi/Secretary, of Umananda Temple trust committee to create a plastic-free premise, an inclusive effort to beat plastic pollution and protect some wonderful native biodiversity in the fragile ecosystem including the rare species of Golden Langur/Trachypithecus geei.

A signature campaign and interaction session for biodiversity and cleanliness aspects with devotees and visitors was also organised. The team also contacted a cleanliness drive at Umananda Island by collecting the plastic waste items. The organisation had also carried out similar drives earlier at the Kamakhya Temple, the Basistha Temple and other iconic sites in the city.

Umananda Island is the smallest river island in the midst of river Brahmaputra flowing through the city of Guwahati in Assam, a state in northeast India. The British named the island Peacock Island for its structure. The island can be reached via a 10-minute ferry ride available from Umananda Ghat, located near Guwahati High Court. It is also home to the species of Golden Langur. 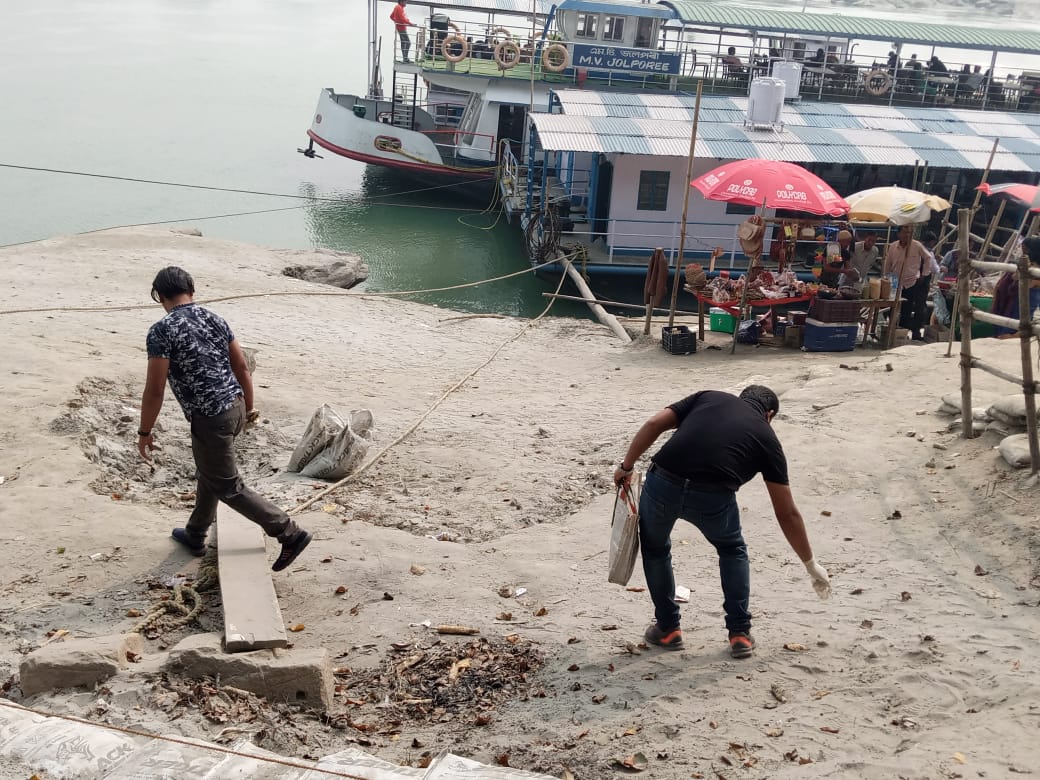