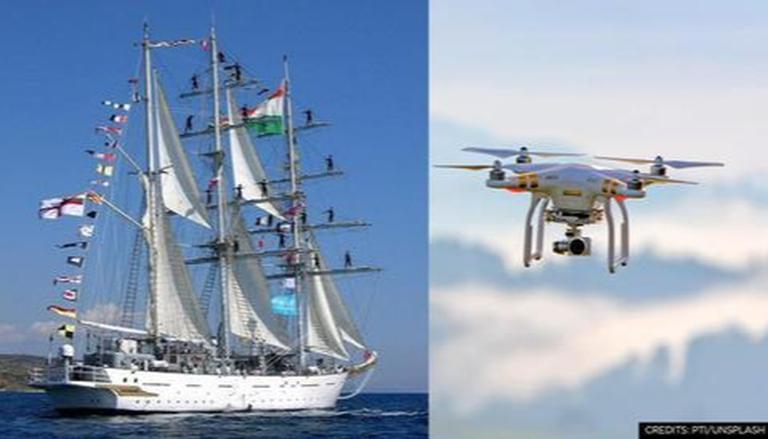 
The Indian Navy designated an area of three km from the perimeter of Naval Installations in Mumbai as 'No Fly Zone' as it prohibited the flying of objects above its installations on Tuesday. All individuals and civil agencies are prohibited from flying any aerial drones within these zones for any reason, the Navy said in a statement.

As the utilization of drones is governed by guidelines issued by the Home Ministry, it is compulsory to obtain approval from the Director-General Civil Aviation (DGCA) through the Digi Sky website (www.dgca.nic.in), and a copy of the same should be submitted to Headquarters, Western Naval Command at least a week before the scheduled flying operation, it said.

The Indian Navy reserves the right to confiscate or destroy any aerial drones or Unmanned Aerial vehicles (UAV) found flying within these areas without prior approval. Operators found violating these guidelines will be liable for prosecution under the relevant provisions of law, the statement read.

In a similar statement issued earlier this month, the Indian Navy prohibited the use of unconventional aerial objects like drones and UAVs (Unmanned Aerial Vehicles) within 3 kilometres of Naval Bases, Naval Units, and Naval assets following the Jammu drone attack.

The Navy's decision comes after a drone attack on an Indian Air Force base in Jammu last month leaving two personnel injured. The government authorities highlighted that the use of a drone to carry out a terrorist attack marked the beginning of a new security threat for the country. Various districts in Jammu and Kashmir as well as nearby Punjab state have banned the use of drones following the blast in Jammu.

At least four fresh drone sightings were witnessed above critical Indian Army installations near the Line of Control (LoC) and the International border in Jammu & Kashmir’s Kathua, Samba as well as Jammu district.

The drone activity was spotted near key Kaluchak military station, just days after the unmanned explosive-laden aircraft systems conducted twin attacks on Indian Air Force Station in Jammu, missing the fighter aircraft hanger nearby. A targeted aerial drone activity had been witnessed by the Indian Armed forces along the line of control in the Pallanwala sector of Khour near and the Army installation in Samba and Hiranagar sector of Kathua at least thrice prior to the recent sightings on July 15.