Intense rain & flooding may have added to Kolkata's difficulties, but also provided a once-in-a-lifetime opportunity for residents to fish in the streets. 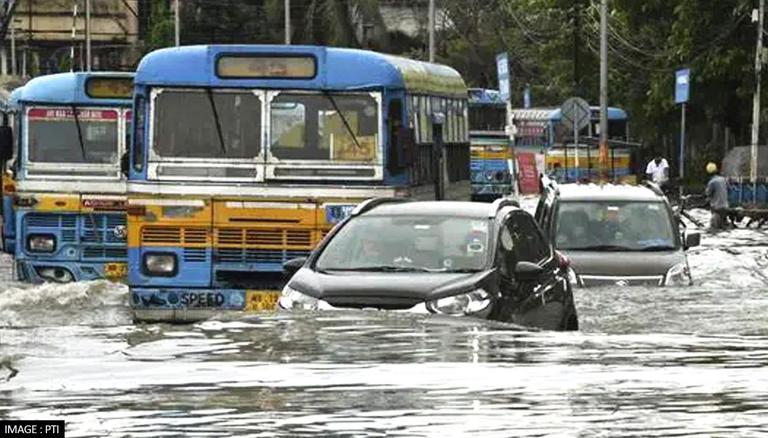 
Intense rain and flooding may have added to Kolkata's difficulties, but the residents of New Town took it as an opportunity to go fishing on the streets of the satellite town. People with fishing nets fished all night, catching up to six kilogrammes of 'Katla' (Carp).

The incident came to notice after Piu Mondal posted a video on Facebook, on September 22, showing a man catching fish with a net. With over 3700 views, the video has gone viral. Mondal claims she first witnessed the event while on her way to get groceries on September 21 evening. Watch the video below:

"The road was strewn with fish. People were going around with fishing nets in their hands. I couldn't believe it when I saw people fishing in front of the Axis Mall and the Karigori Bhwwan (the state headquarters of commerce and industry). My brother and I, as well as my uncle, fished till 4 a.m. To catch fish, we travelled about 2 kilometres from the Karigori Bhavan to the Axis Mall. We caught around 15 kilogrammes of Katla," Mondal expressed herself on her Facebook page.

Several others rushed to social media to share photographs and videos of the flooding, which showed people swimming in waist-deep water or travelling to their workplace on boats.

Extreme waterlogging has been recorded in Kolkata and its surrounding districts, including the North and South 24 Parganas, Howrah, Hooghly, and East Medinipur, following several hours of heavy rain.