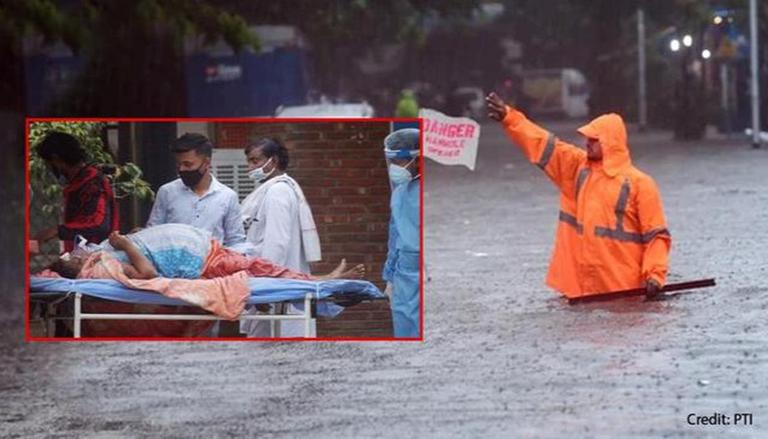 
While Mumbai was flooded during its first shower, 39-year-old Javed Khan, a resident of Wadala, had to be carried on a stretcher wading through ankle-deep water by medical helpers and his family when the ambulance couldn’t come to the gate of Sai Hospital at Wadala, as the entire lane was flooded.

“The patient was discharged even as he was unconscious. Javed suffered a brain stroke on Tuesday, ever since then he has been unconscious. At this particular hospital, they did a CT scan of his and a day later said that they will not be able to treat him and advised that he be taken to Sion hospital. Without understanding that it was flooding in the entire city, they showed us a hefty bill and said that the patient should be taken away,” said Salman Dongarkar, secretary of Yuva Morcha, who shot the video.

Dongarkar added that the ambulance had to wait for two hours as there was water logging in the area. “He has now been admitted to Sion hospital,” Dongarkar added.

Khan’s family belongs to an economically weaker section and thus his spouse was unable to pay the expense for his treatment.
They shifted him to three different hospitals for treatment, but while some were charging an exorbitant amount, others did not have vacant ICU beds for non-Covid patients.

The family however questioned the callous attitude of the hospital authorities stating that an unconscious patient was discharged even amidst waterlogging, as the ambulance couldn’t reach the gate of the hospital.

“The ambulance was around 100 metres away and was waiting for almost an hour. The driver was not ready to set foot in the water. While people were being asked to stay indoors, how can a hospital discharge a patient during such a time? The health department should take action against such hospitals,” Dongarkar added.