The market which is located at the Veer Jijamata Bhonsle Marg in the eastern suburb of Mumbai occupies store electrical wires, scrap materials, and other items. 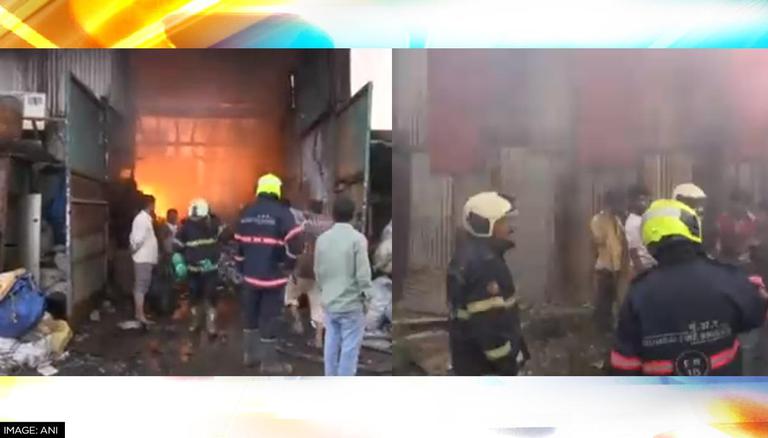 
A major fire broke out in the Mandala scrap market godowns in Mumbai's Mankhurd area on Friday, however, no casualty has been reported so far in the incident, reported ANI. Apart from that, 12 fire engines accompanied by 10 water tankers and 150 firefighters have been deployed at the spot for carrying out fire fighting operations.

The fire broke out at around 3 AM after which the fire department was immediately informed and pressed at the spot. The reason for the fire is yet to be known and authorities are working on it.

"We got info about the fire at around 3 am. 12 fire engines, 10 tankers along with 150 firefighters have been deployed for fire fighting operation. No casualty reported," said a fire officer pic.twitter.com/Zaf6KdkIcN

The market which is located at the Veer Jijamata Bhonsle Marg in the eastern suburb of Mumbai city occupies several godowns which store electrical wires, scrap materials, and other items in the godowns. This can be another reason for triggering the massive fire.

Another fire at Mandal scrap market

Earlier in the month of September, another incident of fire was reported from the Mandal scrap market which took over 7-8 shops damaging all of it. The fire was covered from all the sides and was doused off after struggling for more than 3 hours. In another recent incident of fire from Mumbai, a massive fire broke out in the basement of a ground-plus-20-story building in Bandra on Thursday. No casualties were reported and the fire was doused within an hour.

WE RECOMMEND
Fire in Mumbai high-rise; no casualty