The Mumbai weather forecast for Oct 6 was put out on Twitter by the Brihanmumbai Municipal Corporation (BMC). It has forecast light to moderate rain in city 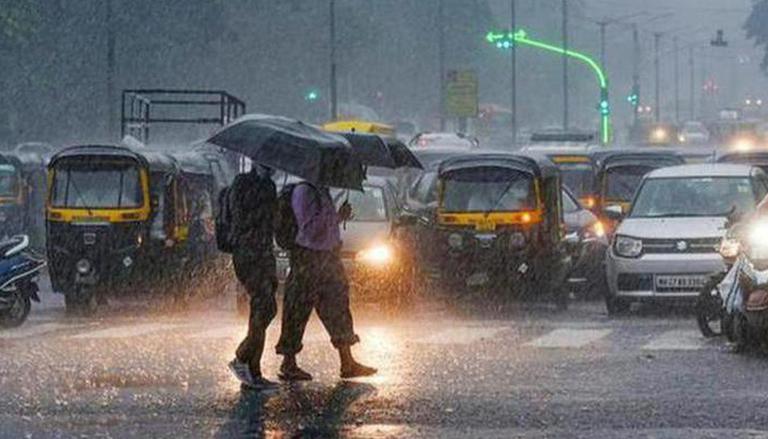 
Mumbai will receive light to moderate rain across the city, and its suburbs, along with the possibility of intense spells and thundershowers in isolated places, informed the Brihanmumbai Municipal Corporation (BMC) on Wednesday. The release further said that a high tide of around 4.48 meters is expected at 11:42 PM. The statement thus reads, "Mumbai Weather forecast 6 October 2021: Light to moderate spells of rain or thundershowers at isolated places in city and suburbs.”

The BMC further provided details on the average rainfall over the past 24 hours. As per the information provided, Central Mumbai received 1.53 mm of rainfall, followed by 0.96 mm in the Eastern suburbs and 0.58 mm in the Western suburbs. This is substantially lower than the previous week’s average rainfall. After the India Meteorological Department (IMD) warned about heavy rainfall for Maharashtra, the intensity has seen a dip with moderate rainfall throughout the state. Earlier, a yellow alert was issued by the IMD in the state.

Mumbai has been receiving heavy rainfall over the past few days as a part of the late monsoons. According to IMD, a depression in the Bay of Bengal and low-pressure areas have resulted in heavy rainfall. Informing about the same, an IMD official stated that a cyclonic circulation persists over Vidarbha and Marathwada, which means the ghat areas are likely to receive heavy rainfall in the coming days. He further added that the rainfall activity would considerably fall till September 25 due to the exit of the low-pressure area over the Bay of Bengal/ Although, it can again intensify after that. Iqbal Singh Chahal, the commissioner of the Brihanmumbai Municipal Corporation, issued an order on Tuesday ordering officials to patch all potholes on a war footing over the next two to three weeks as the BMC feel that the monsoon has finally receded and can begin working on the damaged roads.

Meanwhile, the depression has also resulted in heavy rainfall in other states, including Delhi, Rajasthan, Punjab, and West Bengal. Heavy downpours have hit the states over the past few days resulting in floods. On Wednesday, the national capital woke up to gloomy weather, after which moderate rainfall has been predicted for the day.