With lockdown 3.0 staring from Monday, Odisha govt issued a list of the activities that will remain prohibited across the state, irrespective of the zones.

With the third phase of lockdown to contain the spread of Coronavirus beginning from Monday, the Odisha government has issued a list of the activities that will remain prohibited across the state, irrespective of the zones.

Here is the list of the prohibited activities, irrespective of zones: 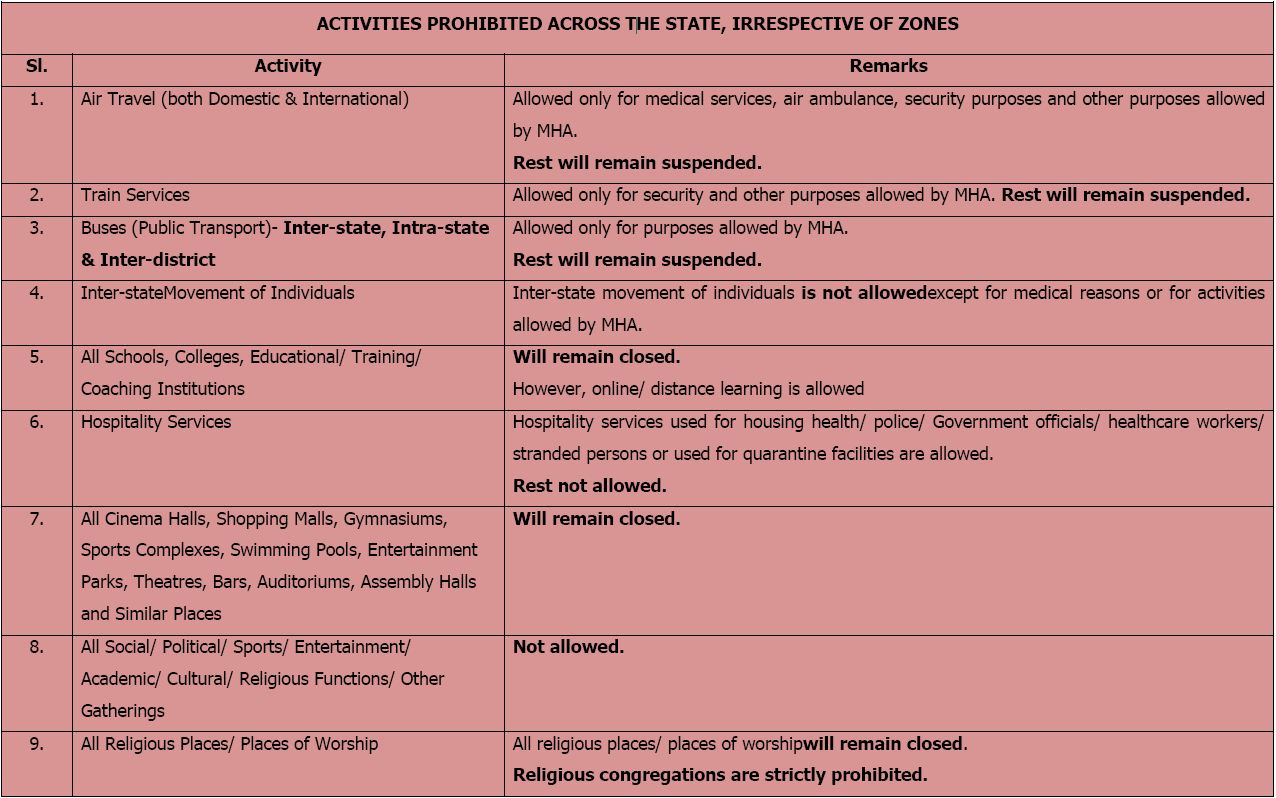 Based on the guidelines formulated by the Ministry of Health and Family Welfare Government of India, Odisha Government on Sunday categorised its Districts and Municipal Corporations in three categories namely Red, Orange and Green category. As per the official letter to all collectors and District Magistrates and all Municipal Commissioners issued by Health and Family Welfare Department, categorisation has been done for a week starting from May 4.

Four more coronavirus patients recovered in Odisha on Sunday, taking the total number of cured cases in the state to 60, officials said. Three of the cured patients are from Bhadrak district while another hails from Balasore, the Health and Family Welfare Department said.

Of the 162 cases reported in the state, the number of active ones now stands at 101. One person from Bhubaneswar had died due to the contagion on April 6. Jajpur district has reported the highest number of COVID-19 cases in the state at 48, followed by Bhubaneswar in Khurda at 47.