Priyanka Gandhi will travel to Prayagraj on November 26 to meet the relatives of a Gogri village labourer family who were found dead in their home on Thursday. 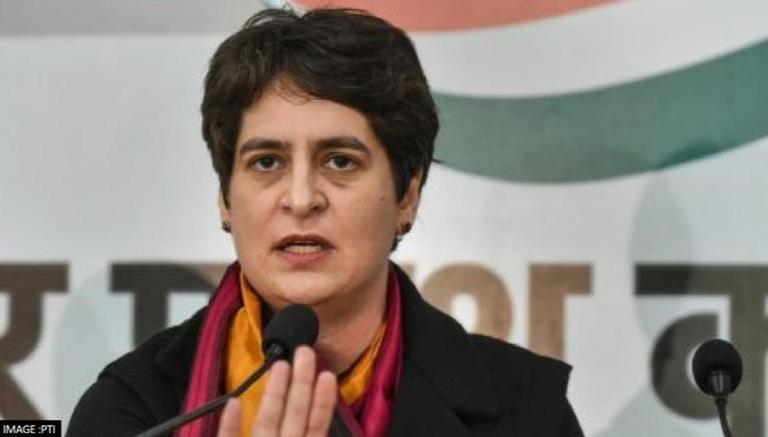 
Congress General Secretary Priyanka Gandhi Vadra will travel to Prayagraj on November 26 to meet the relatives of a Gogri village labourer's family who was discovered dead in their home on Thursday, reported news agency ANI.

"Congress General Secretary Priyanka Gandhi will arrive in Prayagraj at 3 p.m. today. Phoolchand Pasi, a worker, was murdered together with his wife, son, and daughter in Gohri village in Prayagraj's Soraon Vidhan Sabha. Phoolchand's residence had been threatened by local thugs a few days ago, but the cops did nothing. Priyanka Gandhi would travel to Gohri to meet with the families of those killed in the massacre and express her condolences," ANI quoted a source as saying.

Sarvashresth Tripathi, Deputy Inspector General of Police, Prayagraj on Thursday told news agency ANI, "Deceased Phoolchand (45), wife, daughter and son belonging from one family were found dead here. The deceased family had filed an SC/ST case against some people of the village itself. This controversy escalated."

The police have also been accused of failing to act in the cases brought up by the deceased's family. "The family of the deceased also accuses the police of failing to act in previous situations. With all of this in mind, action is being done, and some people have been arrested. Axes were discovered near their bodies, and it appears that they were only hit by those axes, the source added. Priyanka Gandhi has been visiting Uttar Pradesh on a regular basis in the run-up to the Assembly elections due for early next year. She went to Agra last month to speak with the family of a sanitation worker who had purportedly died in police custody.

READ | UP poet slams Priyanka Gandhi for 'unauthorised' use of his poem; 'Not for cheap politics'

This comes ahead of the UP Assembly polls scheduled to be held in 2022. In the 2017 Uttar Pradesh Assembly elections, the Bharatiya Janata Party (BJP) won 312 seats out of the 403-seat legislature, while the Samajwadi Party (SP) won 47 seats, the Bahujan Samajwadi Party (BSP) gained 19, and the Congress got only seven seats. Other candidates snatched up the remaining seats.