A search is on for those behind the blast in West Bengal's Purba Medinipur district that killed three people and injured several others even as a political blame game continued over the incident as the opposition BJP demanded an NIA probe. 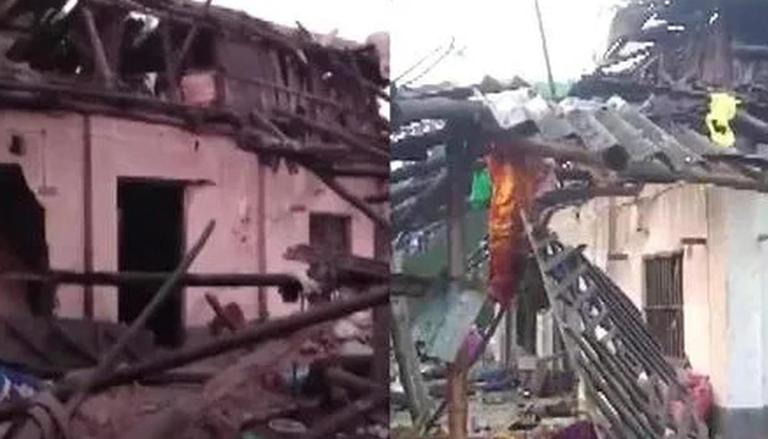 
A search is on for those behind the blast in West Bengal's Purba Medinipur district that killed three people and injured several others even as a political blame game continued over the incident as the opposition BJP demanded an NIA probe.

Tension was palpable in the Bhupatinagar area on Sunday, less than 48 hours after the blast on Friday midnight. The blast took place hours ahead of TMC leader Abhishek Banerjee's rally in nearby Kanthi on Saturday noon.

A huge contingent of police was at the spot, which has been cordoned off, a police officer said.

"We have not yet arrested anybody. The incident is being investigated," an officer of the Kanthi sub-division told PTI.

The three people killed in the blast were identified as Rajkumar Manna, a TMC worker, Debkumar Manna and Biswajit Gayen, police said.

The wife of Manna told TV channels on Sunday that her husband had been involved in making fireworks at home ignoring her protests.

"Whenever the firecracker making season began, I would leave home and stay elsewhere as he wouldn't listen to me. On Friday evening I similarly left home coming to know that fireworks would be made by him," she said.

The impact of the blast was such that the kuchcha house, where it happened, was blown off.

Majumdar told reporters at Bagdogra airport, "the state government is trying to brush the incident under the carpet. This is apparent in the way the wife of one of the three killed in the blast, Rajkumar Manna is changing her version and making the claim that he had died in an explosion at a fireworks unit. Had it been so, the state government wouldn't have tried to dump the body." On Saturday, Leader of Opposition in West Bengal Assembly and senior BJP leader Suvendu Adhikari had demanded an NIA probe into the incident.

The TMC claimed that bombs were being made to attack Banerjee's rally on Saturday.

The CPI(M) questioned Chief Minister Mamata Banerjee's silence on such an incident, demanding a statement from her.