Situation Under Control In Violence-hit Chausa In Buxar: Bihar CM

A day after a violent clash between farmers and police broke out in Chausa in Bihar's Buxar district over compensation demand for acquired land for a thermal power project, Chief Minister Nitish Kumar on Thursday said the situation was "under control". 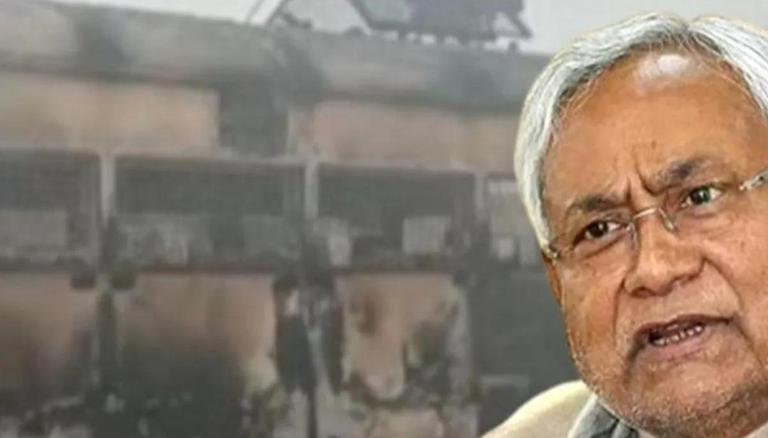 
A day after a violent clash between farmers and police broke out in Chausa in Bihar's Buxar district over compensation demand for acquired land for a thermal power project, Chief Minister Nitish Kumar on Thursday said the situation was "under control".

Ten policemen were injured on Wednesday when around 1,000 villagers, including farmers, attacked the under-construction Chausa thermal power plant and torched about half-a-dozen vehicles, hours after the Buxar police allegedly beat up locals during a raid, an officer said.

The cops lobbed tear gas shells and fired in the air to control the mob.

Interacting with media persons during his 'Samadhan Yatra' in Darbhanga district on Thursday, Kumar, said, "I have spoken to the District Magistrate of Buxar and things are under control." Around 80 farmers of Banarpur village, whose land was acquired for the thermal power plant, had been demonstrating for the past two months outside the project site, seeking adequate compensation.

A large number of farmers of the area assembled in the village during the day for 'mahapanchayat'.

Acquisition of land of around 300 farmers is underway for rail corridor and water pipeline projects of the thermal power plant, they claimed.

Leader of the opposition in the Bihar Legislative Council, Samrat Choudhary, came out in support of the protesting farmers and joined their meeting.

Senior BJP leader and former deputy chief minister Sushil Modi said that "those who have been demonstrating are farmers, not criminals". He also appealed to them not to resort to violence.

Paswan, who seeks to carry forward his late father Ram Vilas Paswan's political legacy while aligning with the BJP, stated, “The police action against farmers was barbaric. They had been staging dharna for the last several days for better compensation and claimed that the policemen barged into their houses on Tuesday while they were sleeping, and beat them with batons and boots." “How can the CM and police personnel be so barbaric? The policemen even misbehaved with women. The chief minister, who is busy in his 'Samadhan Yatra', is least bothered about the problems being faced by farmers in Buxar such as the growing unemployment and the deteriorating law and order situation in the state," he said.

Congress, an ally of the ruling 'Mahagathbandhan' in Bihar, constituted a three-member panel to enquire into the incident.