On Friday night, the 'Kalash Yatra' of Kranti Surya Jannayak and freedom warrior Tantya Mama arrived in Indore, the parade was greeted with glitz. 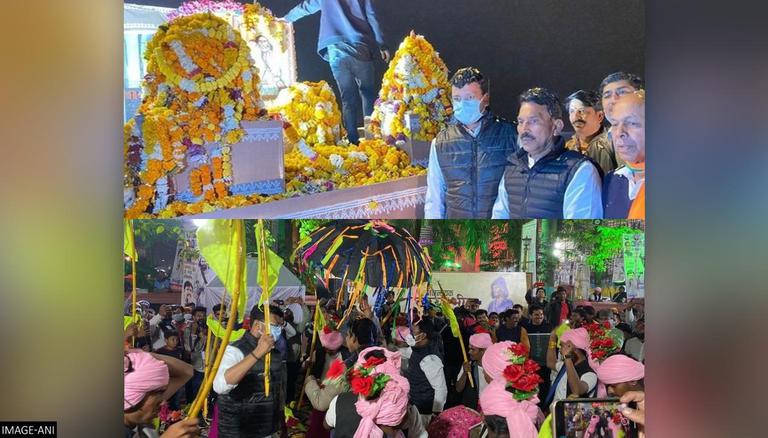 
On Friday night, the 'Kalash Yatra' of Kranti Surya Jannayak and freedom warrior Tantya Mama arrived in Indore. The parade was greeted with glitz and glory, with fireworks lighting up the sky and people showering flower petals in respect.

Tulsi Silawat, MP Cabinet Minister, BJP MLAs Malini Gaur and Akash Vijayvargiya, and BJP President of Indore Gaurav Ranadive danced with a large crowd of tribal people assembled at Rajwada to welcome the procession. Tantia Tantya Bheel's descendants, or Tantya Mama as he was affectionately known, were also present during the ceremony and were warmly honoured.

Tantya Mama's birthplace in Pandhana, Khandwa district, and Jabalpur, where he was hanged to death on December 4, 1889, were both kept in a Kalash during the parade. Two processions had left from different paths in honour of Tantya Mama. One from Pandhana, where he was born, and the other from Ratlam's Sailana.

Governor Mangubhai C Patel and Madhya Pradesh Chief Minister Shivraj Singh Chouhan will attend an event in Indore on Tantya Mama's sacrifice day on Saturday when the public will be introduced to Tantya Mama's history through a film based on his life. During the event, a statue will be unveiled at Tantya Mama's tomb in Patalpani, Mhow Tehsil, Indore.