Mumbai-based artist Rouble Nagi, known for giving a colourful makeover to Mumbai slums, has penned down her journey of repairing and beautifying the squalid dwellings in a book titled "The Slum Queen". 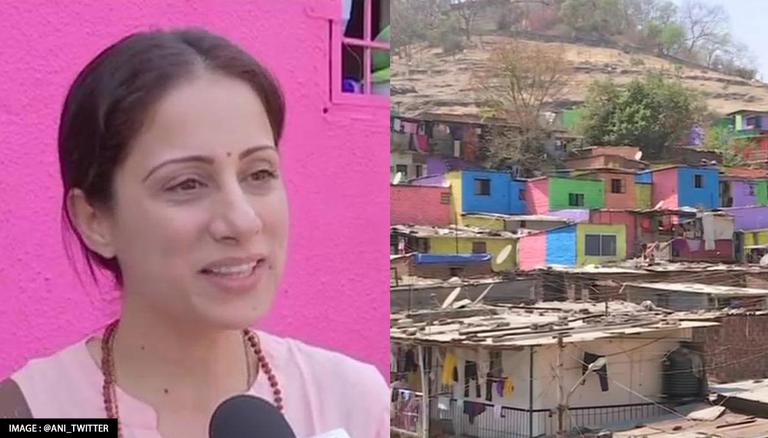 
Mumbai-based artist Rouble Nagi, known for giving a colourful makeover to Mumbai slums, has penned down her journey of repairing and beautifying the squalid dwellings in a book titled "The Slum Queen".

She says her initiative "Missal Mumbai" to paint the slums dawned upon her the realisation that the merely painting the makeshift homes will not solve the problems. The houses had leakages and the roofs needed repairs, and her team decided they will do that as well.

In her book slated to release on Tuesday, Nagi who runs an NGO named 'The Roubal Nagi Art Foundation', notes that looking at the blinding night lights of the city, some might feel saddened by the gross divide that exists between them and the rest, as accommodation is still a major issue.

"The tall, lavish buildings are regularly maintained, with new ones being added regularly, while the slums and homes of the poor fall apart, taken down, leaving them vulnerable to the heat, cold and the lashing Monsoon rains.

"When I say 'slum' the first things that would come to mind would be 'dark', 'dirty' and 'dangerous'. These are the terms commonly associated with slums. We tend to forget that there are people living here. A vast number of people are still living in slums all across the country," Nagi writes in her book.

"I met many families who had their fourth generation living in the slums. So, what do we do in the meantime? We can at least improve the home that they are currently living in. I realised then that merely painting a house wouldn't be enough to solve their problems," she adds.

Nagi thought that painting would merely hide the stubborn scars that were bothering them for so long.

"We looked at the houses and checked to see where the real problems were. The houses had leakages and the roofs needed repairs. We decided that we were going to fix them as well. Mumbai rains are menacing and, without a strong roof, the people living inside do not have a proper place to sleep in.

"I have seen children sitting on wooden plank when there is water almost reaching up to their chests. They throw the water outside, but where is it supposed to go? After we were done with the repair work, some of the kids came and told us that, because of what we did, they wouldn't have to sleep in flood water that year," she further writes.

The initative has spread to other parts of the country and Nagi's NGO has worked in over 400 slums and villages.

The 251-pages book also has pictures from various slums painted by Nagi's team.

Nagi recalls how her initiative was first met with suspicion, even by those who were meant to benefit from it.

She said they faced questions like "are we here to break down their homes? Are we here to take away their land? Are we marking their homes with different colours so that they could be demolished, leaving them homeless and out on the streets? Is a builder going to take their homes? Is a corporate coming here to build a hotel?".

"Their questions about our intent was not unreasonable or unjustified," she said.

"They were right in feeling scared, in feeling terrified that we were perhaps going to take away their homes, because they had always seen people who came to them with promises of doing something good but all the while having some hidden motive.

"Whether it was politicians or builders or government officials, they had never been able to trust anyone to do anything good for them. We knew that we had to assure them of this and were fully aware of the risks it entailed. We were prepared for it; we were never demotivated. We knew that, once they understood that we were here to do good, they would join us voluntarily," she writes in the book. PTI SKL TIR TIR