"My goal is to ensure that Kolkata becomes the best city. We promise to provide better civic services and ensure overall development of the city," Hakim said. 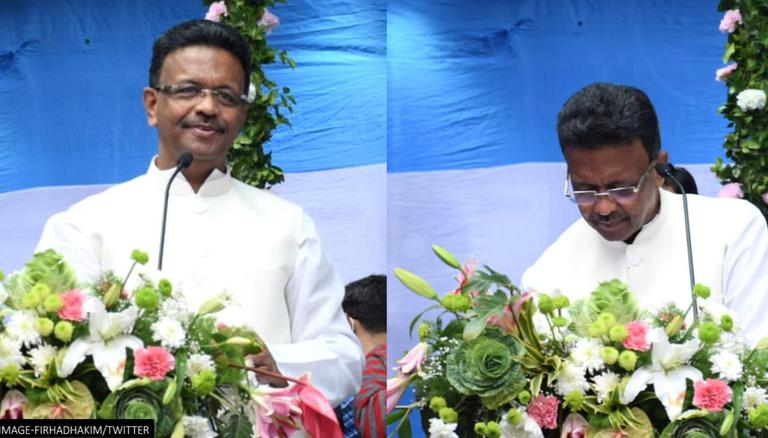 Hakim, the councillor of ward 82, was administered the oath by pro-tem chairman Ram Pyare Ram at a function at the Kolkata Municipal Corporation (KMC) headquarters on SN Banerjee Road.

"My goal is to ensure that Kolkata becomes the best city. I will work as the 'pradhan sevak' of the city. We promise to provide better civic services and ensure the overall development of the city," he said, after taking charge for the second term.

Hakim, also the Transport and Housing minister in the Mamata Banerjee government, was first appointed the mayor of Kolkata in December 2018 after Sovan Chatterjee's abrupt exit.

He was appointed the civic body's administrator after the earlier board's term expired in May 2020, but elections could not be held due to the pandemic.

The members of the mayor-in-council were also sworn-in.

The TMC won the KMC elections by clinching 134 of the total 144 wards. The BJP managed to win just three wards.

The TMC has been in power in the civic body since 2010.

In the 145-year history of the KMC, nationalists such as Chittaranjan Das, Subhas Chandra Bose and Bidhan Chandra Roy, also a former chief minister, graced the Mayor's chair in pre-Independent India.

Hakim is the first Muslim Mayor of Kolkata since Independence.